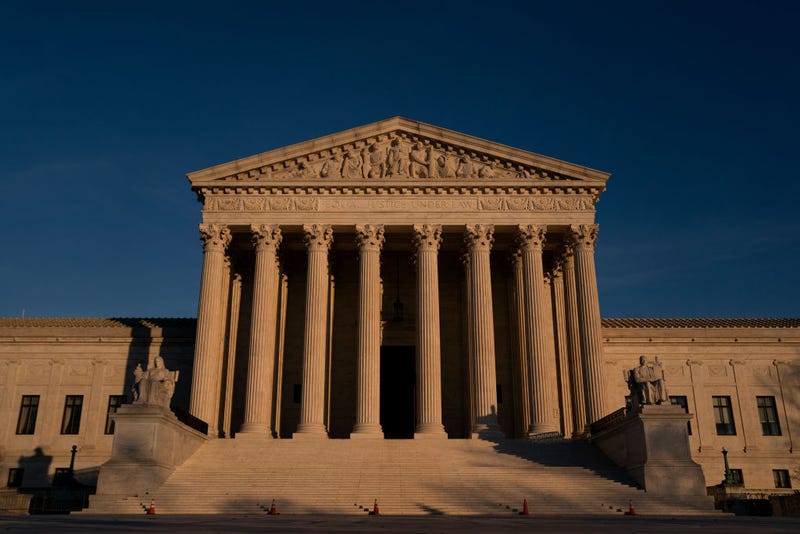 The U.S. Supreme Court stands on December 11, 2020 in Washington, DC. More than 100 Republicans in the House of Representatives voiced their support for a pro-Trump Texas election lawsuit as the state calls for the Supreme Court to delay the certification of election results in four battleground states that Vice President-elect Joe Biden won. Photo credit Photo by Stefani Reynolds/Getty Images

WASHINGTON (AP) — The Supreme Court has formally rejected a handful of cases related to the 2020 election, including disputes from Pennsylvania that had divided the justices just before the election. The cases the justices rejected involved election challenges filed by former President Donald Trump and his allies in five states President Joe Biden won: Arizona, Georgia, Michigan, Pennsylvania and Wisconsin. Most involved challenges to absentee ballot procedures. Other than the disputes from Pennsylvania, the justices’ decision not to hear the cases was not surprising. The court had previously taken no action in those cases and in January had turned away pleas that the cases be fast-tracked, again suggesting the justices were not interested in hearing them.