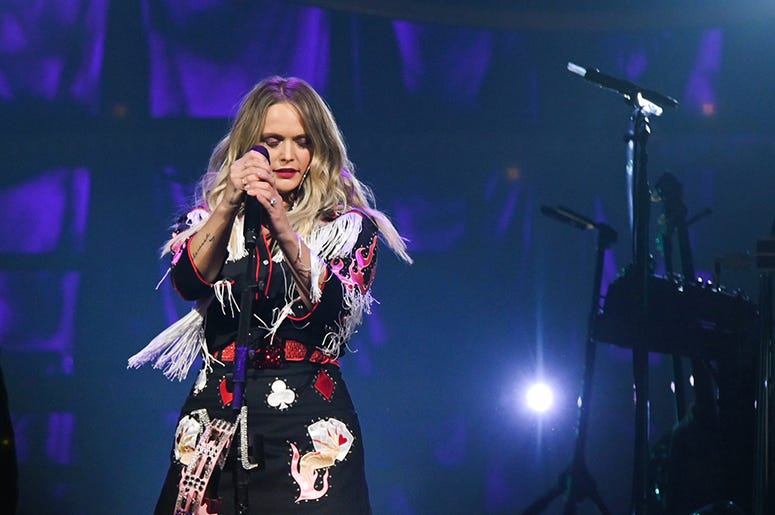 The loss of a beloved pet can be one of the hardest parts of having a huge heart. Country singer Miranda Lambert is well known for both a big heart, and the way in which she shares so much of it with the animals in her life.

Just a few days ago, Miranda's heart was hit with the loss of her longtime friend and fur baby, Waylon, a golden retriever who she rescued from the side of the road almost thirteen years ago along with his sister, Jessi. As you could expect, she put her pain into words perfectly and drew hundreds of responses from fans and fellow celebrities on social media hoping to ease some of her suffering.

Today I lost one of my best friends. My old pal Waylon. I found him and his sister on the side of the road in Oklahoma in January 2008. He was a rock in our family and always held down the fort. He lived his life with no fences. The way we all want to live. Dogs change your life. pic.twitter.com/q6vlc3T2RG

"Today I lost one of my best friends. My old pal Waylon. I found him and his sister on the side of the road in Oklahoma in January 2008. They were abandoned , starving and freezing nearly to death. I was listening to Jessi Colter and Waylon Jennings at the time me and mom saw them and pulled over to pick them up. I took them straight to the vet and she told me that the little boy was not doing too well (malnourished and dehydrated ) because whatever they had found to eat while they were homeless, he always let her eat first. He did that nearly his whole life. She said he probably wouldn’t make it but he did. For almost 13 years. He was a rock in our family and always held down the fort. He lived his life with no fences. The way we all want to live. He was a farm dog through and through and retired to Nashville life riding on the bus with mama to go home to Texas for Christmas every year. I’m so thankful for the time we had with him and I’m thankful for the rest of the time we have with his sister Jessi. Im so glad my husband (Brendan McLoughlin) got to know him in his final years. We are heartbroken but happy that he is running across the rainbow bridge right now and will be waiting for us when we get there. Dogs change your life. The bond is something that can’t be described unless you have lived it."

Among those to comment with their sympathies were fellow country singer Carrie Underwood who wrote, "sending lots of love and hugs." Holly Williams added, "Oh my holy heavens girl I am so so so sorry, losing a dog is incredibly painful," while Jason Aldean’s wife Brittany wrote, "nothing like the love of a dog so sorry, girl."

"Sorry buddy. I don't wanna even think about losing our boy. Love to you all," Randy Houser posted with thoughts of his own furry family members, and Kimberly Schlapman of Little Big Town added "I'm so sorry!!!! I know how deep that headache is! He’ll be waiting for you in heaven."

See Also: Miranda Lambert Talks About Her Love For Animals

Eventually Miranda commented back on Waylon's final moments, saying that she was able to sing "High Note" by Brothers Osborne to him. "Felt right," says Miranda.