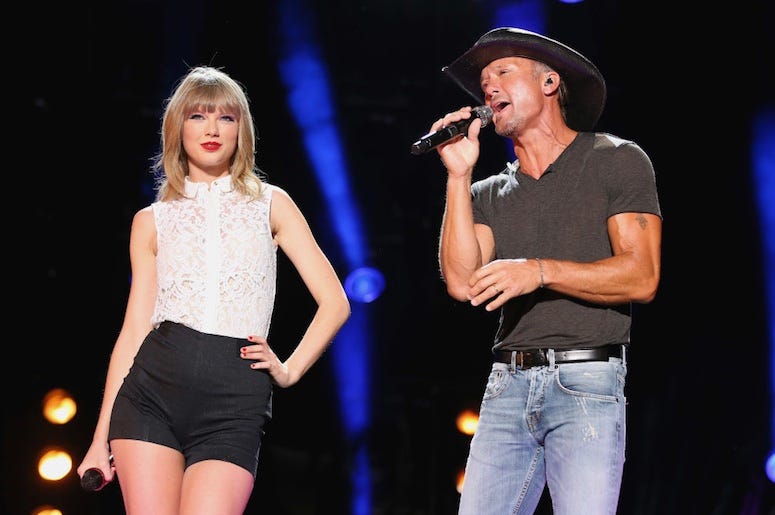 Taylor Swift has had so many hit singles at this point in her career that it’s easy to forget her very first single was named after fellow Country superstar Tim McGraw.

McGraw finally broke his silence and spoke with Apple Music about being the source of inspiration for Swift’s hit song nearly 15 years after its release. He admitted he felt “a little apprehensive” about the song when he first heard it.

"I thought, have I gotten to that age now to where they're singing songs about me? Does that mean I've jumped the shark a bit? Is everything still cool?" he said.

"And then I realized that somebody had told me that she was in her seventh-grade math class when she wrote the song,” McGraw added.

“It made me feel a little bit better about that because she was so young writing it. So I didn't feel like I was that terribly old."

Since that time, McGraw and Swift have developed a close working and personal relationship. McGraw first got to know Swift when she opened for himself and Faith Hill on their Soul2Soul tour. "It was incredible," he said.

"It was just her and her guitar and one other person. Just two people, her and another guy playing."

McGraw said he became “a big fan of Taylor’s” citing her “unique way of connecting with her audience.”

“Her songwriting ability and her intuition is just so incredible," he added. "And I just think she's one of the greatest artists to come along in a long time," he shared.