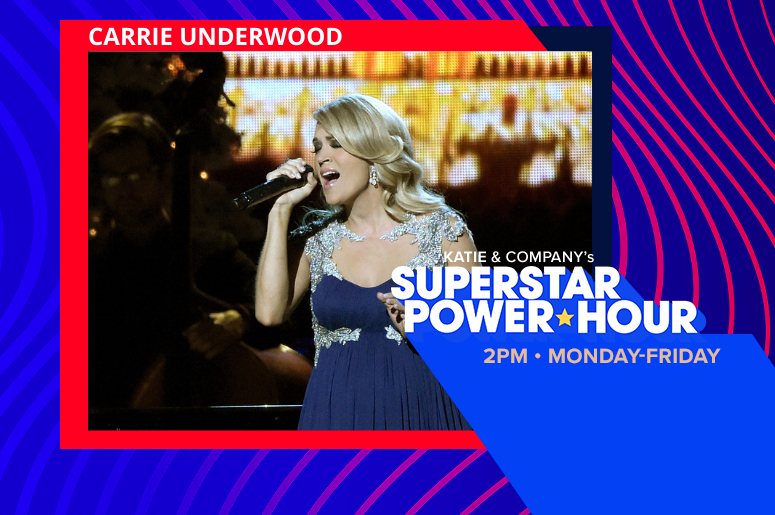 RADIO.COM's Katie Neal welcomes Carrie Underwood to our airwaves as this week’s co-host for a very special holiday-themed Superstar Power Hour on all your favorite RADIO.COM Country stations nationwide.

Carrie Underwood ushered in a much needed early holiday season, releasing her debut Christmas album My Gift, and pairing the merry release with a seasonal TV special on HBO Max.

As part of that release, Carrie and John Legend joined forces to ring in the holiday season with a video for the single, "Hallelujah." Carrie's son Isaiah also joins her on the release, singing his little heart out on "The Little Drummer Boy."

"He loves to sing…and he has such a giving, loving heart about him and I could just hear his voice on it," Carrie explained to ET earlier this year.

We simply can't wait to get all caught up with Carrie and the family as the holiday quickly approaches... It's gonna be 'A Very Katie + Carrie Christmas' ALL WEEK!

Tune in each and every week for the Superstar Power Hour with Katie & Company on your favorite RADIO.COM Country station and be sure to catch Katie and Carrie's holiday cheer on the show all week long!