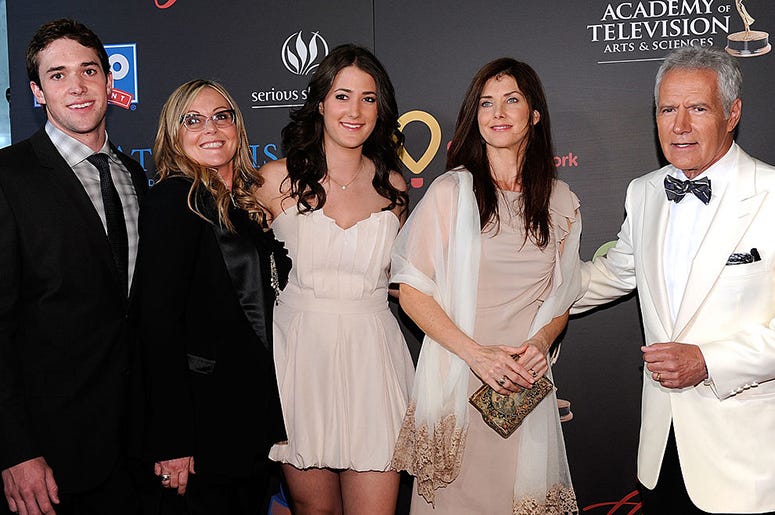 After 37 seasons, the final episode of Jeopardy! featuring the incomparable Alex Trebek aired on Friday. During the broadcast, a touching tribute of some of the host's most memorable moments over the years was shared, with the title "Simply the best."

Aside from the millions of viewers who considered themselves part of Alex's Jeopardy! family since he arrived on set in 1984, his actual family was certainly there for the finale and commenting on his legacy.

While watching the final episode featuring Alex as host, his adopted daughter Nicky Trebek paid tribute on Instagram, editing her bio to say "Jeopardy! Forever!!!" and captioning a post to say "You were extraordinary!!!," including the hashtag #wemissyoudad.

Nicky is the daughter of Alex's former wife, Elaine Callei, who was six-years-old when the pair wed in 1974. Following their divorce in 1981, Alex raised Nicky and gave her his last name. Alex also has two other children, Emily and Matthew, whom he had with his wife Jean Currivan Trebek.

Nicky had previously posted a touching tribute to her father on Instagram, which gathered hundreds of comments following Alex's death on November 8, with a simple image of votive candles and no caption.

Alex apparently had given Nicky the entertainment bug he had so perfectly gestated over his time on air.

Nicky had dipped her feet into the music world in the late aughts, releasing a six-song EP along with the single "Every Beat of Your Heart" produced by Latin GRAMMY-nominated Loren Harriet.

She also worked behind the scenes on specials for her father's game show as well as multiple feature films, and has hosted and modeled for brands such as Vogue, Mademoiselle, and Cosmopolitan.

With all of the pre-taped Jeopardy! episodes now completed, some familiar faces are set to take over hosting duties -- beginning on January 11 with Ken Jennings.