Keanu Reeves wants to go on a date with you to help a great cause.

Unfortunately, due to the ongoing coronavirus pandemic, the 55-year-old won’t be wining and dining anyone in person, as the interaction will be completely virtual.

“The Matrix” star is auctioning off a private 15-minute Zoom call to raise money for the children's cancer charity, Camp Rainbow Gold, reported The Hollywood Reporter.

The auction is entitled “15 Minutes of Fame with Keanu Reeves” and currently requires a bid of at least $16,300 to be eligible to stare into the Hollywood actor’s eyes through your computer screen.

“You know him. You love him. This is truly priceless and now you have the chance to Zoom with him from home!,” the description reads on the website.  “Get your questions ready and spend 15-minutes with actor, director, producer and musician, Keanu Reeves. “

Fans have until June 22nd to submit the highest bid to enjoy the virtual get-together.

One lucky winner will get to chat with Keanu on the Zoom call, which will be scheduled during the week of July 6th.

To further raise money, Camp Rainbow Gold, which provides free services to children diagnosed with cancer in Idaho,  is also auctioning off a private 15-min concert with Ally Brooke of Fifth Harmony, an autographed guitar from Andy Grammer, as well as other prizes and trips.

Earlier in the month, Keanu was joined by his “Bill & Ted” co-star Alex Winter to surprise high school seniors at their virtual graduation ceremony.

To celebrate the 2020 graduates of San Dimas High School in California, the actors popped in for a "Bill & Ted"-inspired appearance in a graduation video. 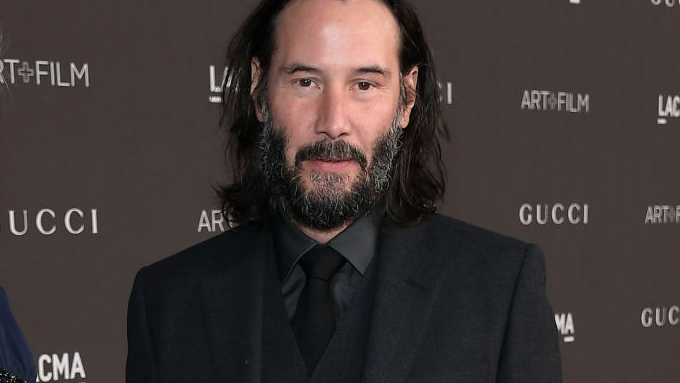 In the movie franchise, Bill and Ted are graduates of San Dimas High School.

The third film in the franchise, “Bill & Ted Face the Music,” is set to be released later this year.