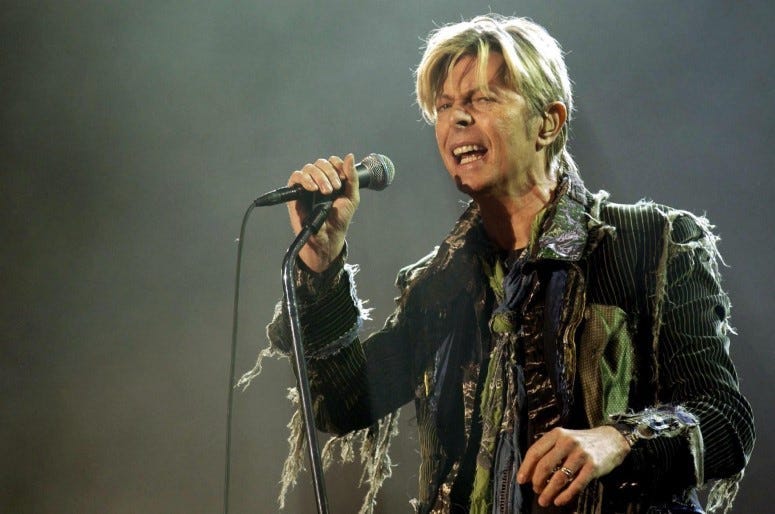 David Bowie would have turned 73 today, January 9th, and to mark the occasion, Parlophone Records is taking the wraps off  Is It Any Wonder? a six-track EP of unreleased and rare Bowie songs. All will be released over the next six weeks.

The first song is a previously unreleased version of “The Man Who Sold the World.” It's a streaming-only digital single. Not only does it celebrate his birthday, but also the 50th anniversary of the writing and recording of the song. It's a mostly acoustic version that was taken from the nine-track session ChangesNowBowie, recorded for radio and broadcast by the BBC on Bowie’s 50th birthday -- January 8th, 1997. ChangesNowBowie was recorded and mixed at Looking Glass Studios in New York in November 1996 during rehearsals for Bowie’s 50th birthday concert at Madison Square Garden. It will be released in limited quantities on LP and CD for Record Store Day on April 18th.

Five more songs will be released on a weekly basis from January 17th.