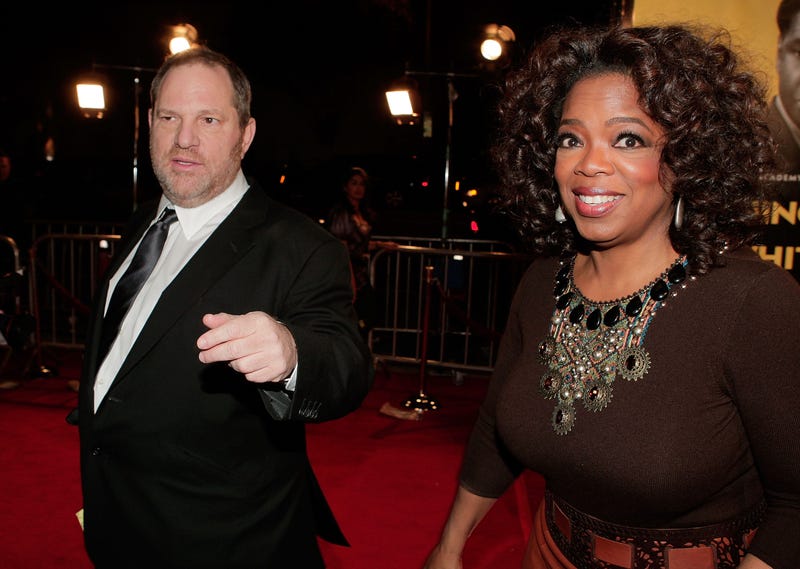 Harvey Weinstein was sentenced to 23 years in prison on Wednesday following a lengthy trial and a landmark conviction connected to the #MeToo movement.

As news of Weinstein's sentence made its way around Twitter, several users considered what it would mean for Oprah Winfrey and Gayle King.

Both women have faced backlash in the past for their involvement in projects such as "Surviving R. Kelly," "Leaving Neverland", and a recent interview in which King asked Lisa Leslie if a past sexual assault accusation complicated the late Kobe Bryant's legacy.

Both have also been photographed with Weinstein in the past.

Twitter users were quick to point out the silence associated with the sentence, comparing it to similar cases invloving high profile Black men.

Not one word from #Oprah-#GayleKing about their pal #Weinstein but if it was a #BlackMan they would be all over it cheering that he was finally sentence.Wonder if Oprah is still looking for the Rainbow in the cloud now.Her and Gayle probably crying hard.#MeToo #OprahGayle #Rape pic.twitter.com/Aw6sGKwmJB

"Not one word from #Oprah #GayleKing about their pal #Weinstein," one user tweeted.

Oprah Winfrey documentary should be loading, who am I kidding #HarveyWeinstein doesn't have enough melanin. #Gayle

"Oprah Winfrey documentary should be loading, who am I kidding #HarveyWeinstein doesn't have enough melanin," @Gani_Soil tweeted.

So now that Harvey Rapestein has gotten 23 Years will #OprahWinfrey or #gayleking apologize for palling around with a rapist for all these years. pic.twitter.com/5T2qW5OG5a

"So now that Harvey Rapestein has gotten 23 Years will #OprahWinfreyor #gayleking apologize for palling around with a rapist for all these years," @blktechwarrior tweeted.

Soooo... are #OprahWinfrey & #GayleKing going to do interviews and documentaries about their "friend" #HarveyWeinstein or will they stick to attacking men of color? https://t.co/jTtlkBbMRJ

"Soooo are #OprahWinfrey & #GayleKing going to do interviews and documentaries about their "friend" #HarveyWeinstein," @IamHeartbreak_ tweeted.

"You know who won't comment on #HarveyWeinstein's verdict?! The mammies #OprahWinfrey and #GayleKing. They did everything in their power to shift the attention to black men while Weinstein was on trial," @freerkelly4ever tweeted.

Neither Winfrey or King have released statements on Weinstein's verdict.