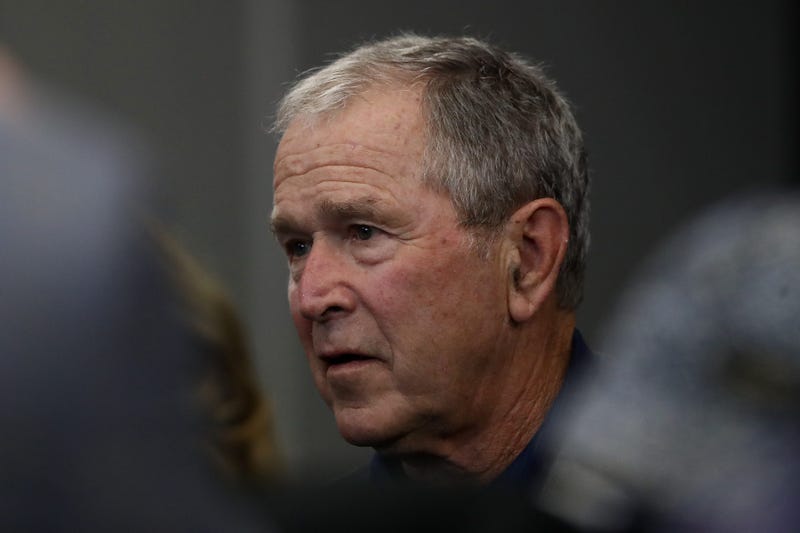 NEW YORK (1010 WINS) -- Former President George W. Bush on Tuesday broke his silence about George Floyd, writing in a lengthy statement that he and wife Laura are "anguished" by the Minneapolis man's "brutal suffocation" and "disturbed by the injustice and fear that suffocate our country."

Bush wrote it's a "shocking failure" that many African American men "are harassed and threatened in their own country."

He continued, "The doctrine and habits of racial superiority, which once nearly split our country, still threaten our Union. The answers to American problems are found by living up to American ideals — to the fundamental truth that all human beings are created equal and endowed by God with certain rights."

He also praised the protesters marching across the country: "It is a strength when protesters, protected by responsible law enforcement, march for a better future," he wrote.

He does not have praise though for those looting, writing, "Many doubt the justice of our country, and with good reason. Black people see the repeated violation of their rights without an urgent and adequate response from American institutions. We know that lasting justice will only come by peaceful means. Looting is not liberation, and destruction is not progress."

The full text of Bush’s message can be found here.