The world paused in disbelief when Kobe Bryant, his daughter Gianna and seven others passed away in a helicopter crash in Calabasas on Sunday, Jan. 26.

The shocking accident stunned for many reasons — the senselessness of the tragedy, the painful loss of both parent and child, and the poignant fact that they were on their way to one of Gianna’s basketball tournaments.

Gianna, an avid player herself, shared her father’s love for the game. After retirement, Kobe evolved from dominating force on the court to torch-passing nurturer of his daughter's basketball ambitions and talent.

In honor of Gianna's birthday today — she would have been 14 years old — these are six touching moments of the late Lakers legend and his daughter.

One of our final images of Kobe Bryant wasn’t him slashing, scoring, or winning.
It was teaching, coaching, and parenting. https://t.co/V3VfChPLAJ

In December 2019, a clip made the rounds online of Kobe and Gianna court-side at a Hawks vs. Nets game at Barclays Center in New York. The moment was one of rare candor, showing a mellowed, even-keeled Kobe passing on deep knowledge of the game to his daughter. 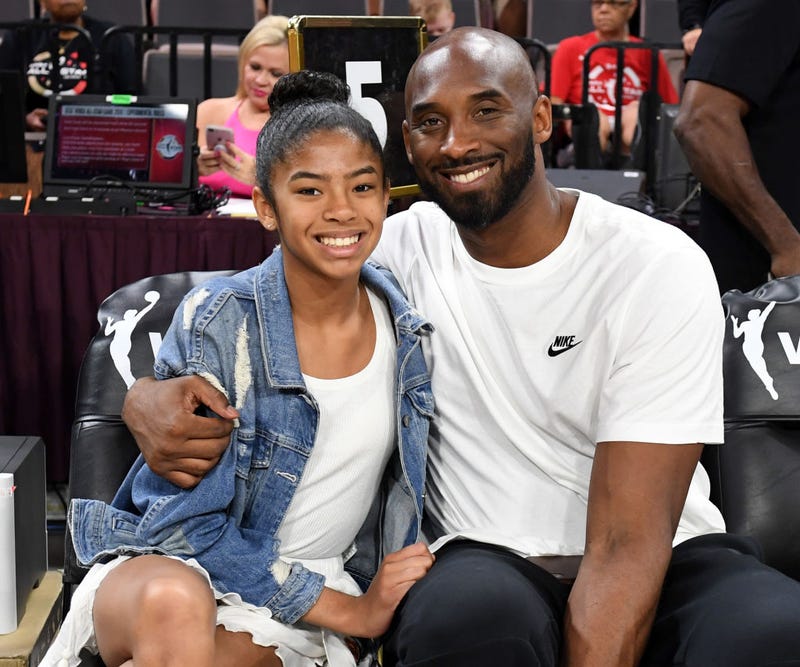 Enjoying the WNBA All-Star Game in 2019

This beautiful father-daughter photo was taken court-side at the WNBA All-Star Game in June 2019. 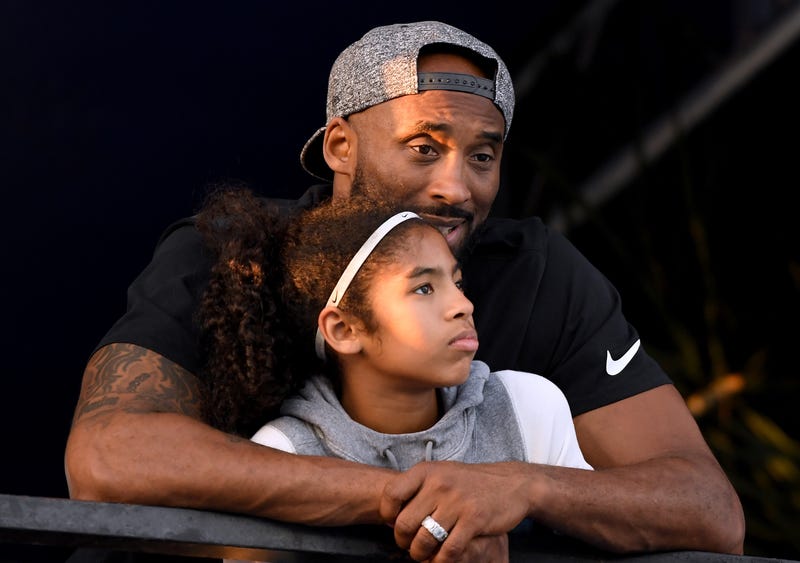 Gazing out at the Phillips 66 swimming championship in 2018

Kobe and Gianna appear as tranquil as can be in this tender moment during day 2 of the Phillips 66 National Swimming Championships in June 2018. 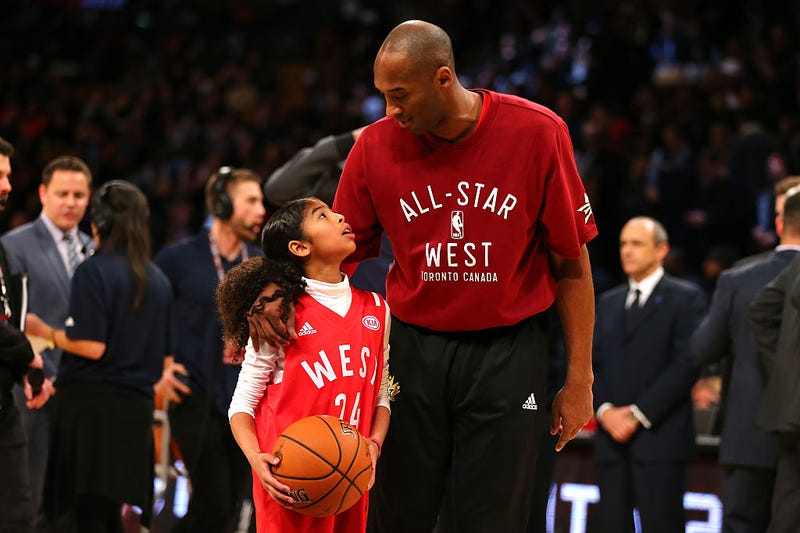 Warming up before the NBA All-Star Game in 2016

Kobe and Gianna warmed up before the start of the NBA All-Star Game in 2016 at the Air Canada Centre in Toronto. 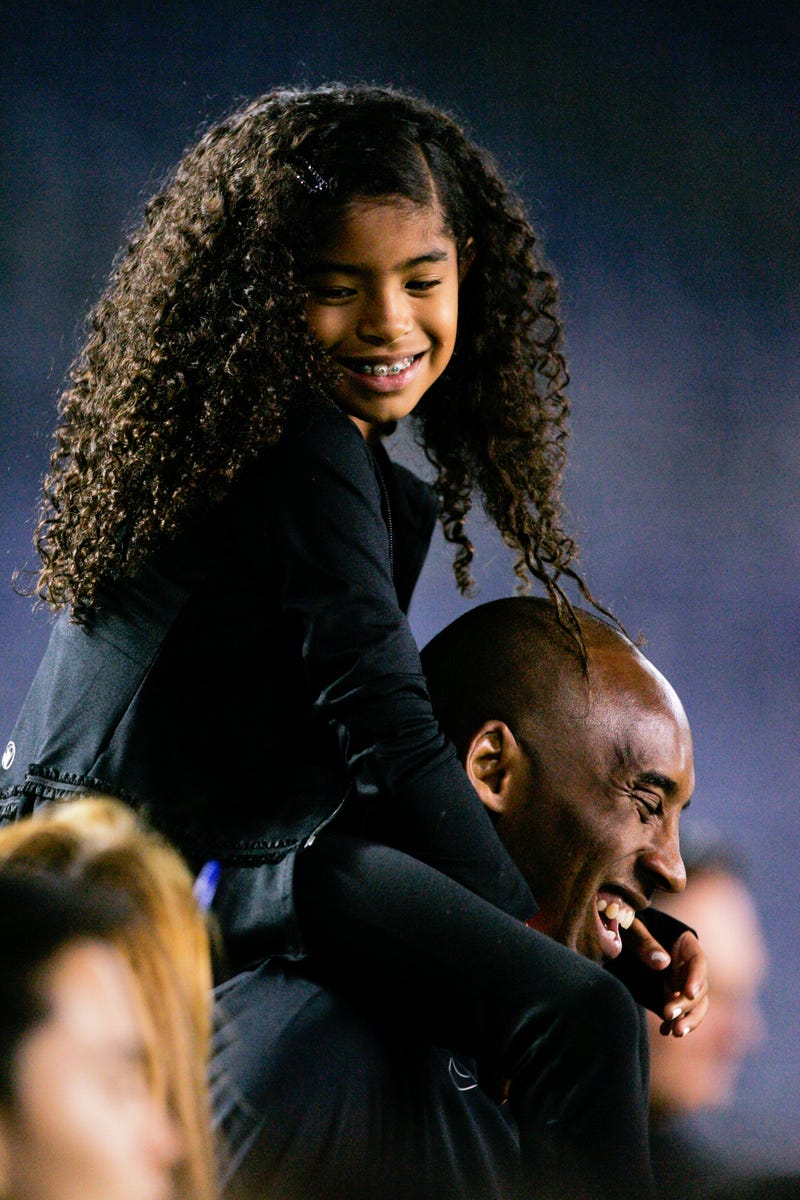 Kobe was spotted with Gianna on his shoulders on the sideline prior to a match between the United States and China at Qualcomm Stadium in 2014. 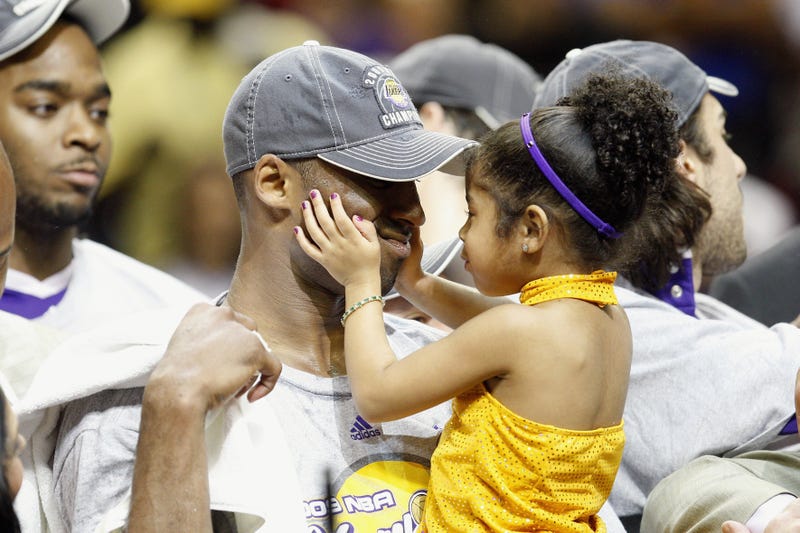 Kobe picked up then-3-year-old Gianna for an adoring embrace after the Lakers defeated the Orlando Magic to become the 2009 NBA champions.