Well we’ve never seen that before.

Taking place amid the coronavirus pandemic, the 2020 Emmy Awards were all about embracing change. 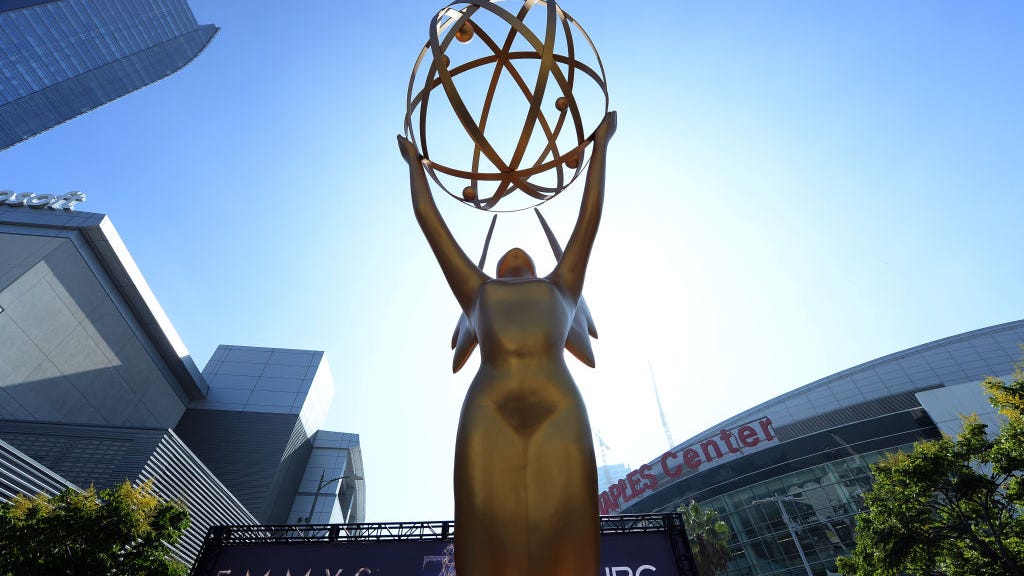 The awards embraced television, both on a meta level, envisioning what award shows might look like in a post-COVID world, and in a more traditional sense, heralding the diversity of perspectives represented on TV, at a time when people have a lot more free time on their hands to hit the streaming platforms. 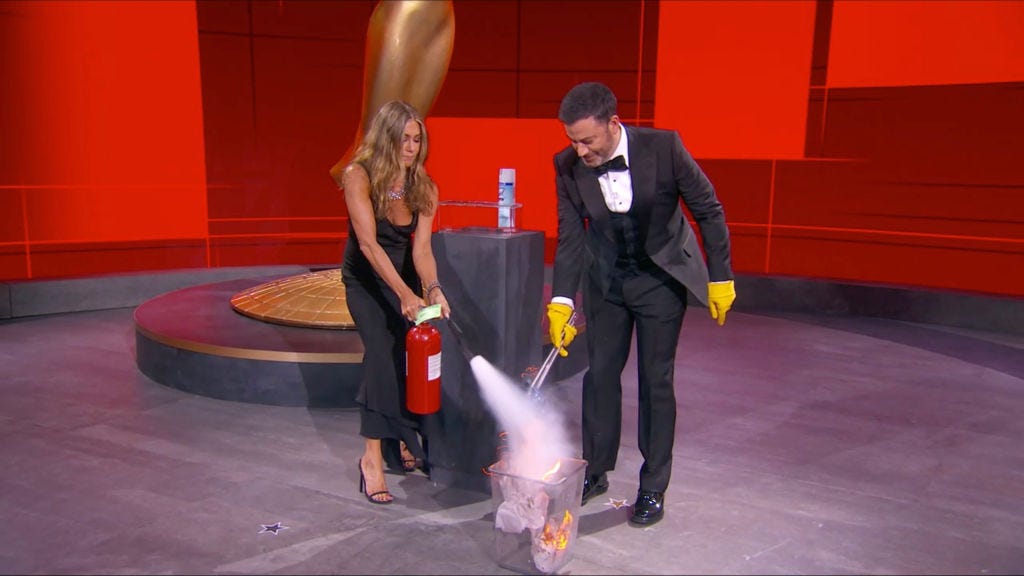 2020 Emmy Awards: 8 Best Moments You May Have Missed

You saw the big winners and best moments of the night. Now check out all the different ways the 2020 Emmys made history on Sunday.

The virtual #Emmys has 100+ video feeds going into an empty Staples Center where Jimmy Kimmel is hosting. Pure dystopia. pic.twitter.com/ibLvlkwUM0

What does a socially distanced award show look like? A lot like a Zoom call. For the first time ever, the Emmys went virtual, with many of the presenters and awards winners appearing via 100+ live video feeds. While there were still some awards presented and some IRL bits performed from the empty Staples Center where Kimmel assumed hosting duties, the show consisted of many livestreamed as well as pre-recorded segments.

It was a big night for Zendaya as well as the lead actress in a drama series category. The 24-year-old former Disney star made history when she became the youngest winner of the category for her role in HBO’s “Euphoria.” The moment was emotional for Zendaya, who accepted the award with a flustered and heartwarming speech after rousing applause from her family with her in the background.

when you lose the emmy pic.twitter.com/ECkbGcoHBA

Why yes, this is reality and not a sci-fi film. In a wardrobe decision that was somewhere between tongue-in-cheek and safety necessity, the Emmys sent out reps in hazmat suits to present winners with awards. Surely a first for the award show. These individuals had a presence, even if you don’t win. Ramy Youssef posted a video of one of them waving from outside his house and walking away after Daniel Levy from “Schitt’s Creek” beat him in the lead actor in a comedy series category. “When you lose the emmy,” Youssef captioned the bizarre and hilarious clip he shared to Twitter.

.@AnthonyAnderson was looking forward to the blackest #Emmys ever… #BlackLivesMatter pic.twitter.com/HFcTp1OfHR

The Television Academy presented awards to eight people of color, setting a new record, E! reports. Some have been critical of the number, only a fraction of the 33 POC stars who were nominated. Additionally, it broke the record that the Emmys set last year by just one more individual. But the Academy has vowed to continue increasing representation in future awards shows. Actor and nominee Anthony Anderson took the stage to quip on the award show going virtual in a year meant to highlight the Black community. “This was supposed to be the Blackest Emmys ever,” Anderson said.

“Schitt’s Creek” went out with a bang. The show, which just concluded its run with a sixth and final season, dominated the ceremony’s first house and made Emmys history as the first show to win all major awards in comedy.