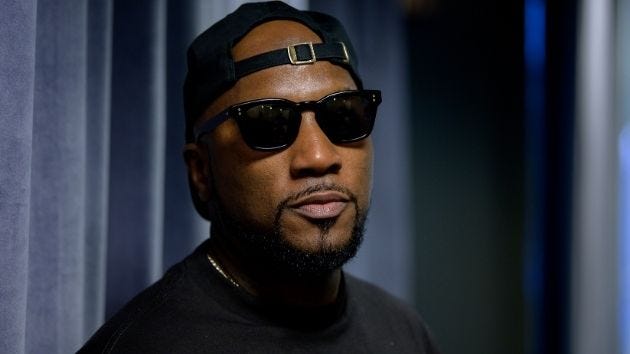 Jeezy and T.I. are the headliners for the next Verzuz battle on November 19, but in an interview with The Breakfast Club, Jeezy revealed that Gucci Mane was actually his first choice of opponent, but he unfortunately declined.

Describing his call with Verzuz co-creator Swiss Beats, Jeezy explained, "I was like 'Yo, Swizz... If I do it, there's only one person I'd do it with. And he was like 'Who?' I was like, 'Gucci, reach out to him. Let me know what's up.'"

"Swizz hit back and said he respectfully declined," he continued. "Cool. Done. Kept it moving. I was gonna do it for the culture."

There was no official word on exactly why Gucci declined, but the "Lemonade" rapper seemingly hinted at a potential reason back in October.

"Stop asking me about doing a @verzuzonline battle unless they got a million dollars they scared of Wop. #GuccimaneVsWhoever," he tweeted.

Stop asking me about doing a @verzuzonline battle unless they got a million dollars they scared of Wop. #GuccimaneVsWhoever 💨💨

Additionally, the two rappers have a longstanding feud with each other stemming from an incident in 2005, where Gucci shot and killed one of Jeezy's associates, Henry "Pookie Loc" Clark III, during an alleged home invasion.

Although Gucci did not call police at the time of the shooting and Clark's body was found days later, he avoided murder charges based on claims he acted in self-defense.