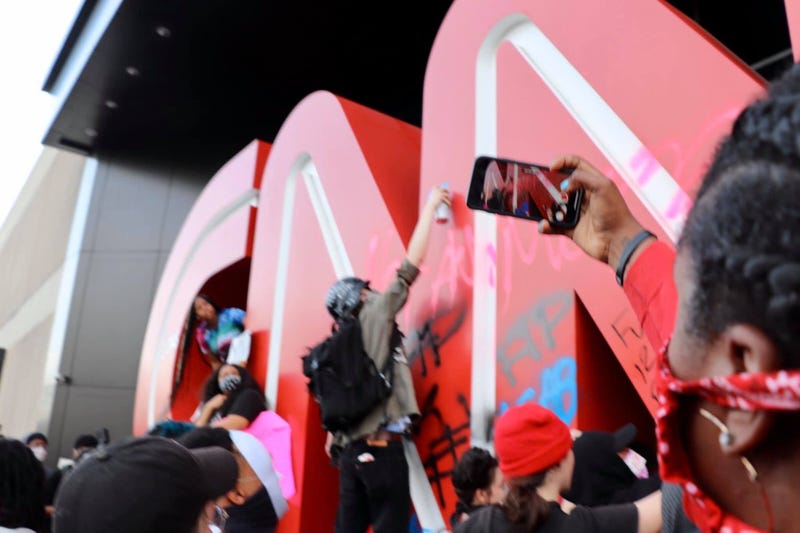 CNN Center in Atlanta become the target of rogue demonstrators marching in protest to the death of George Floyd Friday night.