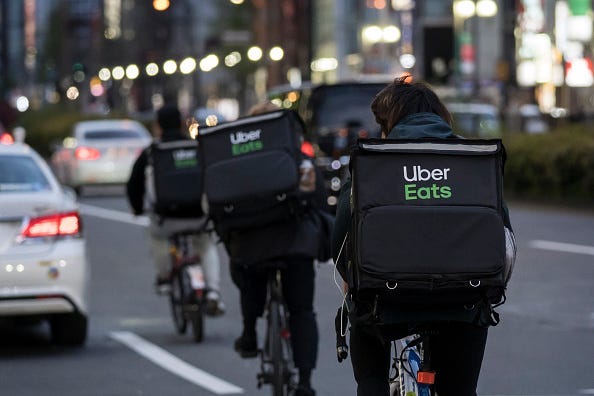 CEO Dara Khosrowshahi said Thursday that Uber Eats will promote black-owned restaurants on its app, and "for the remainder of the year" will not charge delivery fees to those restaurants.

“I wish that the lives of George Floyd, Ahmaud Arbery, Breonna Taylor, and countless others weren’t so violently cut short,” the 51-year-old CEO wrote. “I wish that institutional racism, and the police violence it gives rise to, didn’t cause their deaths.”

Uber will also offer discounted rides to black-owned small businesses "who have been hit hard by COVID-19," though an exact number wasn't specified.

He also vowed that Uber will continue to crack down on discrimination, harassment, and racism on its platform. The rideshare app will hold its users accountable to "standards of basic respect and human decency."

"I respectfully ask anyone not willing to abide by these rules to delete Uber," Khosrowshahi wrote in the email.

On Friday, Uber announced it "will offer legal support to Eats delivery people if they are wrongly arrested for violating the curfew while delivering on the app and aggressively petition City Hall and the NYPD on their behalf.”