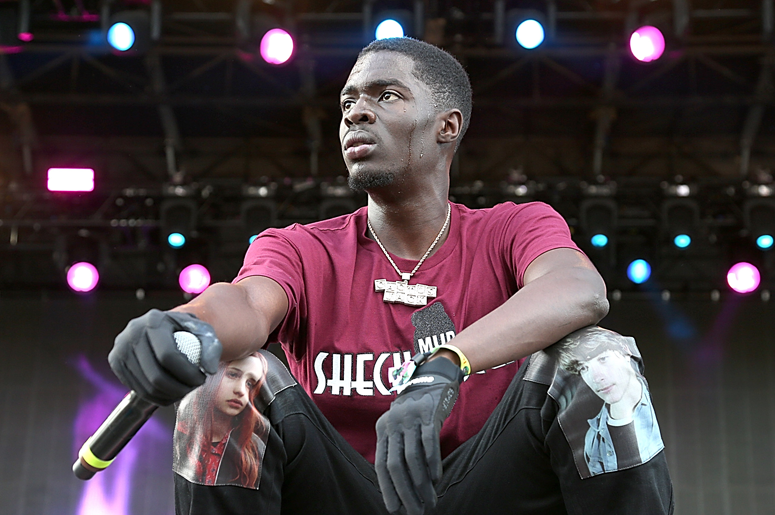 On Wednesday night Sheck Wes took to Instagram to announce he had entered the 2020 NBA Draft. Posting a series of photos of him on the court alongside a caption in which he summed up and reflected on his NBA aspirations.

"Damn... it’s really real, The 2020 NBA DRAFT, all my life I always wanted to follow my passion for music and basketball," he wrote, before thanking the league for its support. "Playing basketball and going to play pro in the @nba is something that I always strived for. Tonight that dream comes true! I want to thank the @nba for their hard work with the growing the game and every team that gave me an opportunity to work out and talk with them. I also want to thank my team and my fans for always being there ! TUNE IN TO THE 2020 NBA DRAFT tonight!”

Sheck seemed confidently convinced his NBA dreams were about to come true. Unfortunately, it seems he got a bit ahead of himself, as he was not chosen in either round of the draft.

Clearly not jazzed about the outcome, instead of sulking, Sheck decided to drop a song instead. Posting about his new track, "BEEN BALLIN [DRAFT 2020],” on Instagram, Sheck wrote, “29 TEAMS WILL REGRET THIS NIGHT. BACK TO THE GYM. BEEN BALLIN !!!! #litefeet"

With the track also comes a rather comedic music video featuring appearances from Ronnie 2K, Zack Bia, and more. In the visual Wes first appears on the screen rocking prosthetics, looking like an old man, and giving some serious Nutty Professor vibes. Throughout the video, he portrayed himself going through the various phases of a draft, from the lottery, to press conferences and more.

Sorry Sheck, there’s always next year. At least you still got music. Speaking of, check out the video for "BEEN BALLIN [DRAFT 2020]” below.