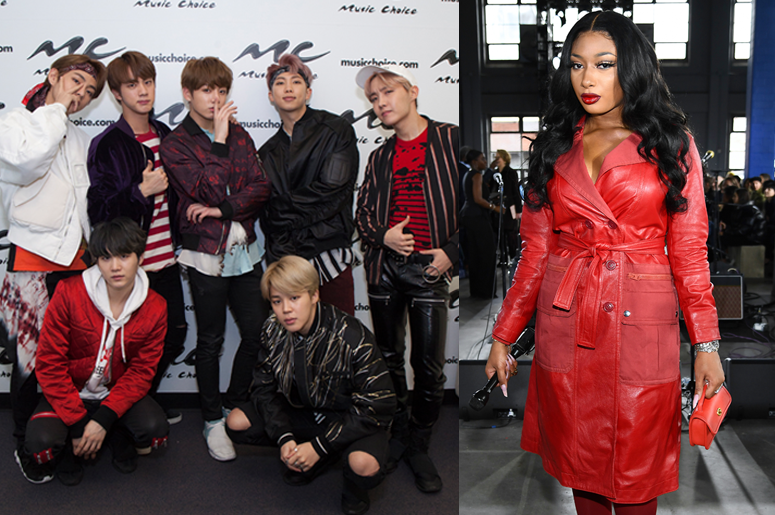 Battling for the number one album spot on the Billboard 200, BTS and Megan Thee Stallion, while both equally worthy components, only one could reign supreme. And in this particularly case, in the tracking week ending Nov. 26, according to Nielsen Music/MRC Data, for the Dec. 5-dated chart that just so happens to be, drum roll please…. BTS.

Landing their second chart-topper of 2020 following Map of the Soul: 7, which debuted at No. 1 on the chart dated March 7. BE, released via Big Hit Entertainment on November 20, is also marks BTS's fifth No. 1 album. Since its release, BE has sold 242,000 equivalent album units, 177,000 of which were album sales and 30,000 streaming equivalent album units, acquiring the coveted number one spot.

Coming in at second is Megan Thee Stallion’s Good News, with a lesser 100,500 units overall. However, in the spirit of good news, our favorite Hot Girl did take the crown when it comes to streaming. Thanks to 115.85 million on-demand streams, Good News was the most-streamed album of the week. Additionally, Meg’s debut album is now her highest-charting release, surpassing her EPs Fever and Suga, which debuted at No. 10 and No. 7 respectively.