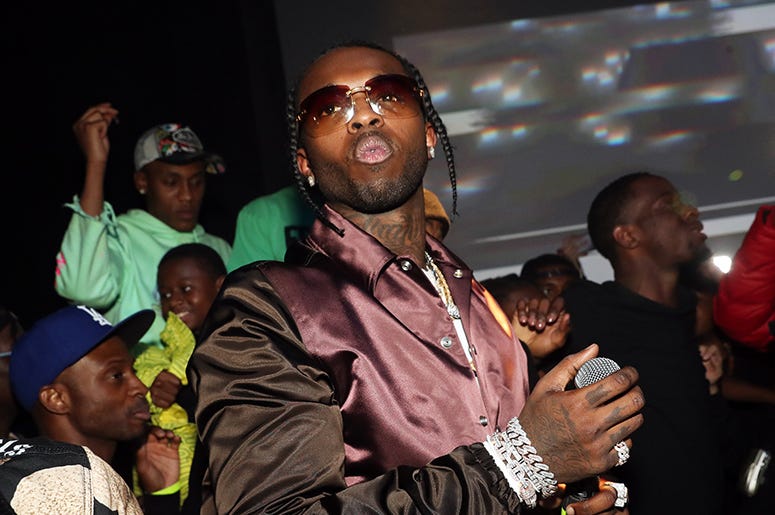 To mark the first anniversary of their son’s murder, Pop Smoke’s parents are calling for an end to gun violence.“On February 19th, at 4:00 a.m., a gun was used to take my son from me,” the late rapper’s mother, Minister Audrey Jackson says in a PSA standing with her husband in front of a mural of her son.

“You know him as Pop Smoke, we called him ‘Shar.’ Because of gun violence, I’ll never see my son run up the front of our steps, taking them two at a time; he won’t ever take my hands again and dance with me; he won’t come into my room and muscle pose in the mirror,” she continues. “Gun violence destroys families. It must stop.”

The PSA, called, “Gun Violence Destroys Families,” is being promoted to mark the first anniversary on Friday of Pop Smoke’s death

Born Bashar Barakah Jackson, the rapper was fatally shot on February 19, 2020 at an Airbnb he rented in Hollywood, California. Four hooded men invaded the home, and two shots were fired. He was rushed to Cedars-Sinai Medical Center and pronounced dead a few hours later.

Months after his death, 50 Cent executive produced the rapper's posthumous debut album, Shoot for the Stars Aim for the Moon, which was released in early July. A deluxe edition was released later on what would have been Pop's 21st birthday on July 20. The album featured two double-platinum hits, “Dior” and “Mood Swings.” 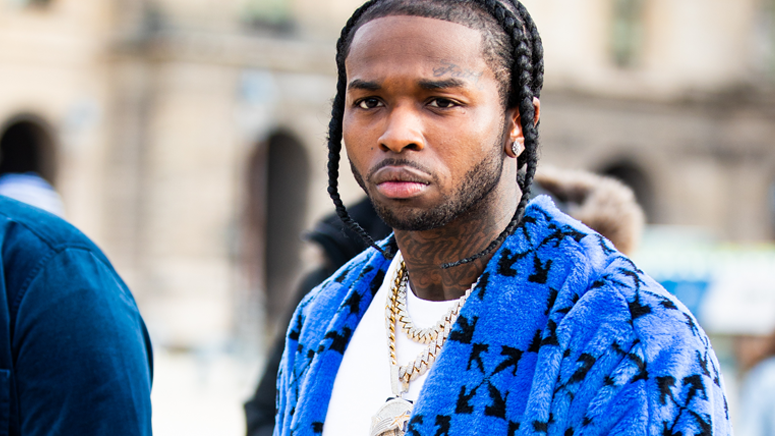 Pop Smoke appears in the role of Monk in the basketball movie, Boogie, which opens March 5.