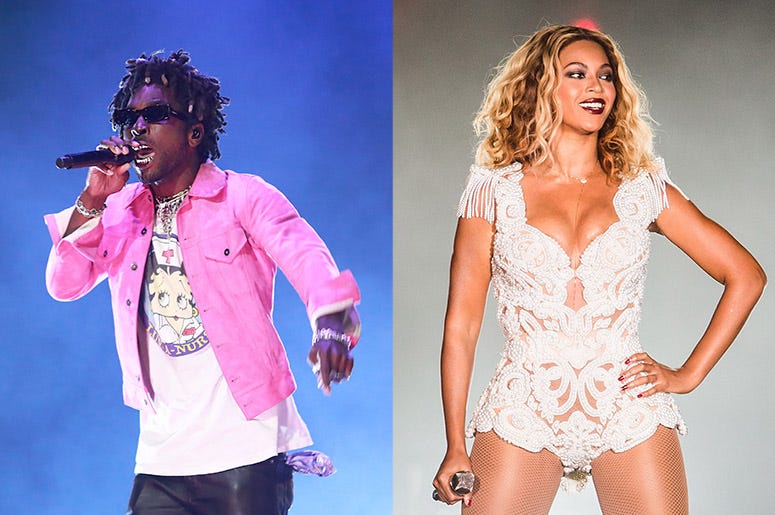 SAINt JHN has revealed that his debut hit single “Roses,” was originally written for Beyoncé to perform.

“I was told Beyoncé’s looking for ideas, and I’m a writer, so I wrote ‘Roses,’” he told host Ebro Darden on Apple Music about the track. “In my mind, if Beyoncé did that at the time, it would have been revolutionary for what she was doing. She ain’t never do this. And they passed. And I had to put it out, because it’s too good.”

.@SAINtJHN speaks on his latest collection & what’s next with @oldmanebro.

Though Queen Bey passed on performing the song, “Roses” went on to garner attention from music fans during its 2018 release. But the single really picked up traction in 2019 after producer Imanbek put out a remix that became a popular Snapchat / TikTok filter. According to Rolling Stone, the remix got over 4.5 billion plays in the month of April alone.

The song reached worldwide acclaim when Shakira played it over a video in her quarantine skate board series. Video shows Shakira practicing social distancing and equipment safety, riding across an empty corridor sporting elbow and knee pads to a remix of SAINt JHN’s “Roses.” She flashes a bright smile before the video ends. “I love skating at sunset (and Sasha loves this song!),” the singer captions.

Back in June, SAINt JHN revealed he and Future had scheduled “to shoot a video in the next few days for the remix to his hit "’Roses.’" But instead, he had other plans. The artist used production funds of $125,000 to bail funds to release arrested protesters from jail and to black-owned businesses affected by COVID-19.