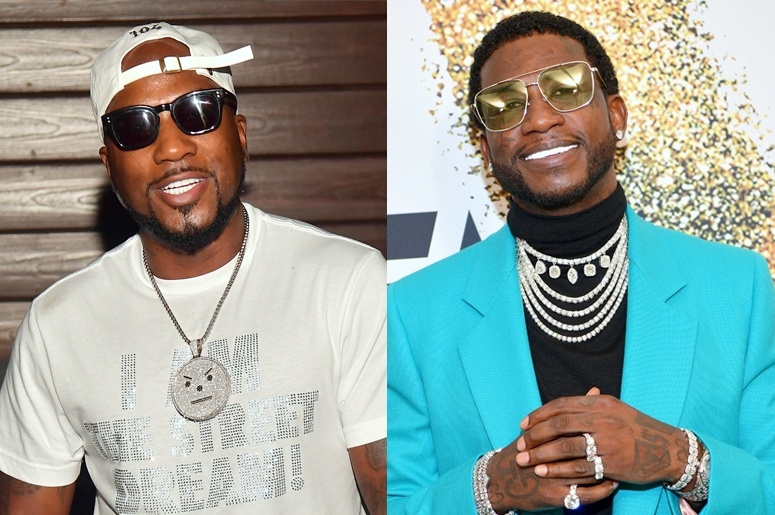 Forget what you previously heard about T.I and Jeezy going hit-for-hit for the Verzuz season two opener. As reveled on Saturday, November 14, the season two premiere will now feature Jeezy facing off against Gucci Mane instead.

T.I., Jeezy’s previously slated opponent even shared the announcement visual on his own Instagram saying, “Now THIS.... Is what the people wants to see‼️…Trap Muzik salutes y’all.”

And Apparently Jeezy is one of those "people" T.I. was talking about, as he had previously asked Gucci to join him on Verzuz, however the Atlanta-based rapper wasn’t about it. First responding on October 29 with a tweet, saying, “Stop asking me about doing a @verzuzonline battle unless they got a million dollars they scared of Wop,” and then more respectfully declining through co-creator Swizz Beatz. Seems as though a few weeks is all Gucci needed to chance his mind.

The upcoming battle is both significant and kind of surprising, as the two have had a long-running feud that dates all the way back 2005. When Mane was accused of murdering Jeezy’s associate, rapper Pookie Loc, real name Henry Lee Clark III. Prosecutors, however, decided to drop the murder charges in 2006 due to a lack of substantial evidence.

Coincidentally, this summer, Jeezy went on T.I.’s ExpediTIously podcast and expressed interest in easing the tension between him and Gucci. Maybe Gucci heard and decided Verzuz was the best way to do it. Regardless of why, were just glad he finally agreed.