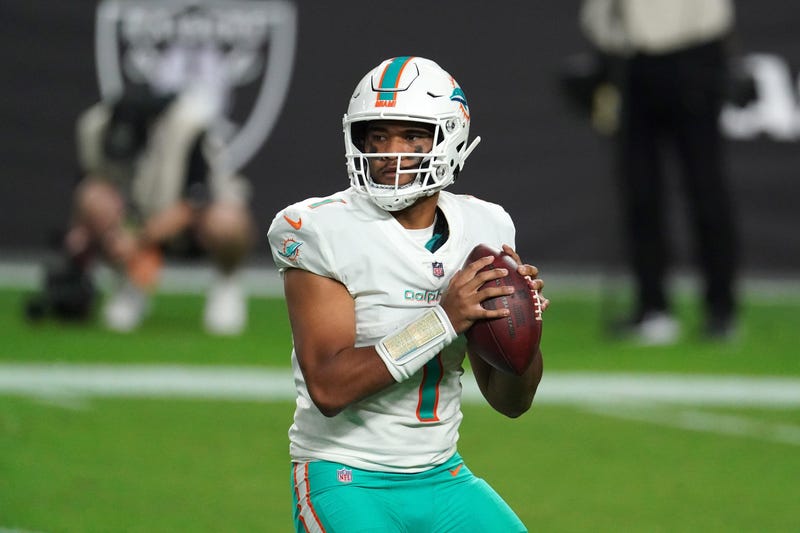 A 10-win season is usually good enough for the playoffs. For the Dolphins in 2020, it wasn’t. A devastating loss in Buffalo ends the Phins season and eyes shift to April 29th – day 1 of the 2021 NFL draft.

The Miami Dolphins will select twice in the first round – picks #3 (thanks Houston) and #18 – meaning Chris Grier and Brian Flores will have another chance to bolster their roster with young talent. The question now becomes, are the Dolphins certain Tua Tagovailoa is THE GUY moving forward?

Dolphins reporter for the Miami Herald told Hoch and Crowder Monday that there isn’t much information from the front office on their feelings of Tua because they haven’t spoke to the media in months. But on the coaching side?

“There was not 100% complete and utter trust in Tua Tagovailoa’s  ability to move the ball, score points and win games, as evidence by the fact that he was benched twice in ffive starts and surely would have been benched yesterday (vs Buffalo).”

Beasley explains that because Flores and offensive coordinator Chan Gailey showed they don’t have “total faith” and were willing to “move on in-game when there were struggles” with Tua suggests “nothing is off the table in 2021” when the Dolphins begin looking at the upcoming draft and free agency.

Listen to more from Beasley on Tua, how Brian Flores evaluates the QB position and his view of the Dolphins 2021 draft here: