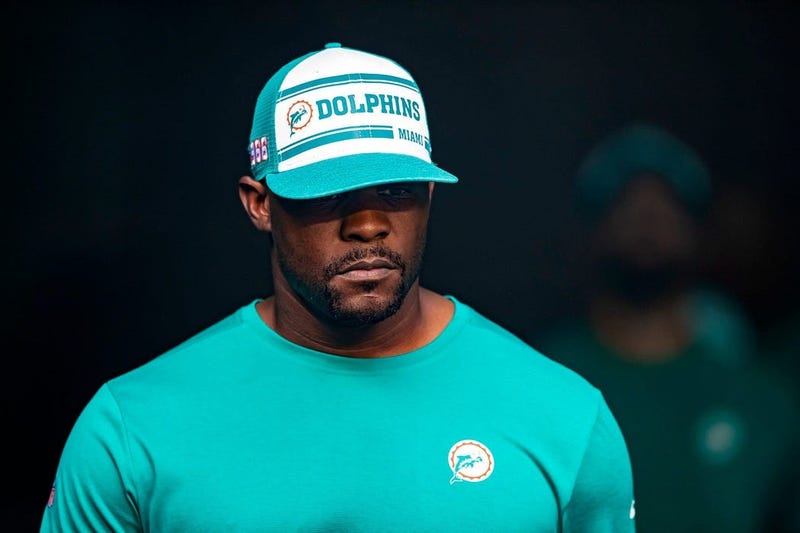 A QB controversy may be brewing in Miami and Brian Flores will have a major decision to make in the coming weeks. Does Flores go back to the rookie or stick with the veteran?

“It’s going to be hard to turn away from the guy who right now is the better player,” says Dolphins reporter Adam Beasley of Ryan Fitzpatrick. “It is going to be tough to look those players in the eye in that locker room and say ‘hey, it’s been fun. We’re 8-4. Now cross our fingers and hope the rookie can get us over the finish line.”

Tua Tagovailoa is dealing with a thumb injury that may keep him out for an extended period of time but Flores has made it clear as of Thanksgiving morning that it is not a big deal.

After Flores pulled Tagovailoa in the loss vs the Broncos a week ago, he stated clearly that Tua remains the starter. Even after Fitzpatrick led the Dolphins to a win over New York on Sunday, Flores said Tua will start when healthy.

Given the precedent Flores has set in his time as head coach, we have no reason to believe he is not being honest about the starting job still being Tua’s, but as Adam Beasley states, “There are a ton of people in that locker room who might never be this close to the playoffs again and I think Brian Flores, Chris Grier, that organization owes it to those players to give them the best chance to win.”

Listen to more from Adam Beasley on with Hoch and Crowder: