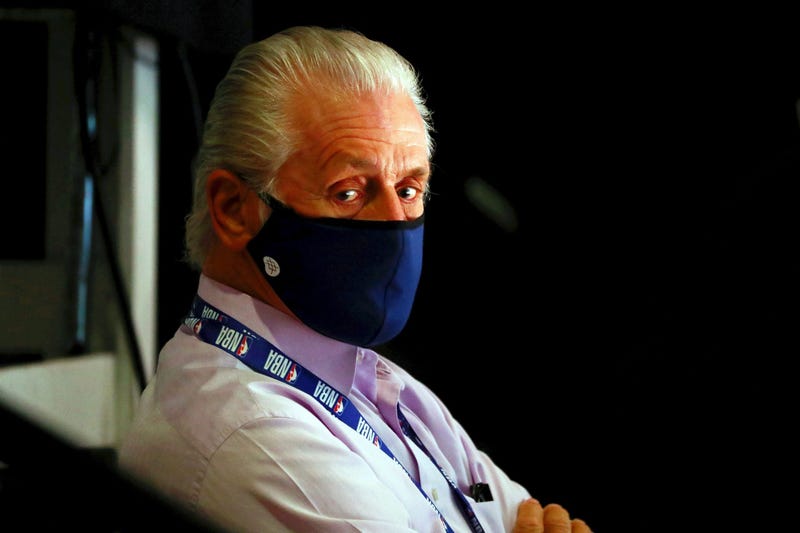 A run for the ages.

That is how Heat fans will remember the 2020 NBA season. Sure, two games shy of an NBA championship. But despite coming up short, this Heat team created legendary moments that rank near the top of an already storied franchise.

Heat President, Pat Riley, got a small taste of what it was like to be back on top in the NBA and given his track record, it is safe to assume he won’t be satisfied with just a taste.

ESPN’s Jorge Sedano told Hoch and Crowder on Monday he expects Miami to test the waters this off season despite their monumental run with this core.

“The one thing I know about Pat Riley is that he learned from that 06’ team - even though that team won - to change things up.” The ESPN host continued, “I would be stunned if they don’t at least poke around and see what’s available.”

Listen to the full Sedano interview below including more on the Heat’s future, praise for Erik Spoelstra and how Jimmy Butler cemented his place among the NBA’s greats.