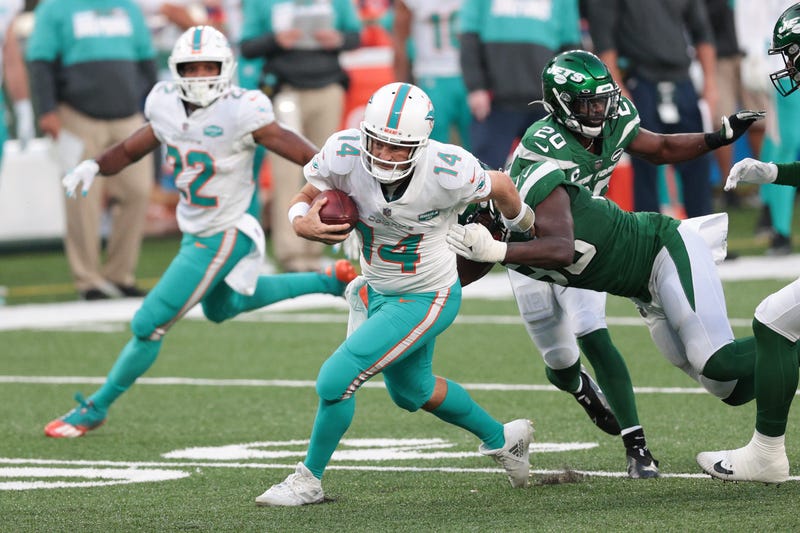 Let the quarterback controversy begin again in Miami as once again the debate is raging on as to whether Tua Tagovailoa or Ryan Fitzpatrick should be in the starting spot for the Dolphins.  Head Coach Brian Flores has been clear saying that if Tua is healthy that he will be the starter.  With that said it’s hard to ignore the fact that Ryan Fitzpatrick more than likely gives Miami a better shot to get to the playoffs.  Brian Baldinger from NFL Network who was at the Dolphin game Sunday joined The Joe Rose Show and offered his thoughts on the two QB’s.

Baldy said, “I’m not down on Tua but to me, Fitz just is a better fit.  The one thing you can’t do is you can’t lie to your team, and I’m not saying they won’t respond to Tua, they won…and he may very well be a great player, I said it on the broadcast I think Fitzpatrick is a better fit for the offense down the stretch.

We should find out later this week how Tua has been progressing through the thumb injury and if he will be ready to go on Sunday to start against the Bengals or if Fitz will be under center once again.

You can listen to the full show podcast by clicking here! Today we were joined by Jeff Darlington and Brian Baldinger.