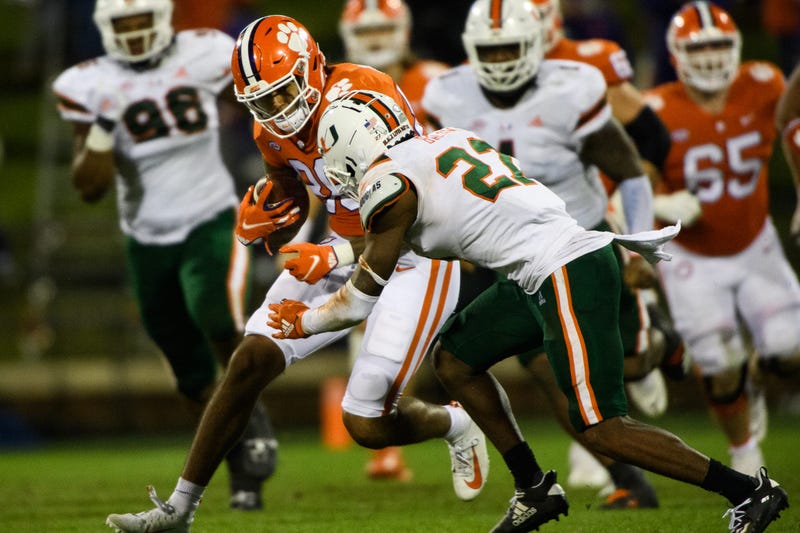 The Miami Hurricanes will have a huge opportunity to bounce back from their loss to Clemson tomorrow afternoon when they host the Pitt Panthers at Hard Rock Stadium.  After speaking with Manny Diaz earlier in the week he has preached confidence that the team will be able to put together a more complete effort to right the ship.  Miami will also be looking to avoid the same hangover that has haunted them in recent years following a loss.  Canes color analyst Don Bailey Jr. joined The Joe Rose Show to preview this critical ACC matchup.

DBJ said, “I was at practice on Tuesday and I saw no remnants of the hangover, I saw nothing that led me to believe that this team hasn’t matured out of that mindset they had last year where they had more than a hangover, it was a monster hangover that caused them a lot of problems.  It’s one thing to have a hangover after losing to the number one team, it’s another thing to have one after losing to Duke or FIU, that’s a maturity deal there.  It’s to be determined, Pitt is a quality opponent…they are two point s away from being undefeated, they are going to put pressure on Miami.

The Canes get their shot tomorrow at noon.  The game can be heard here on WQAM.

You can listen to the full show podcast by clicking here! Today we were joined by Larry Blustein, Don Bailey Jr., and Brandon Lang.