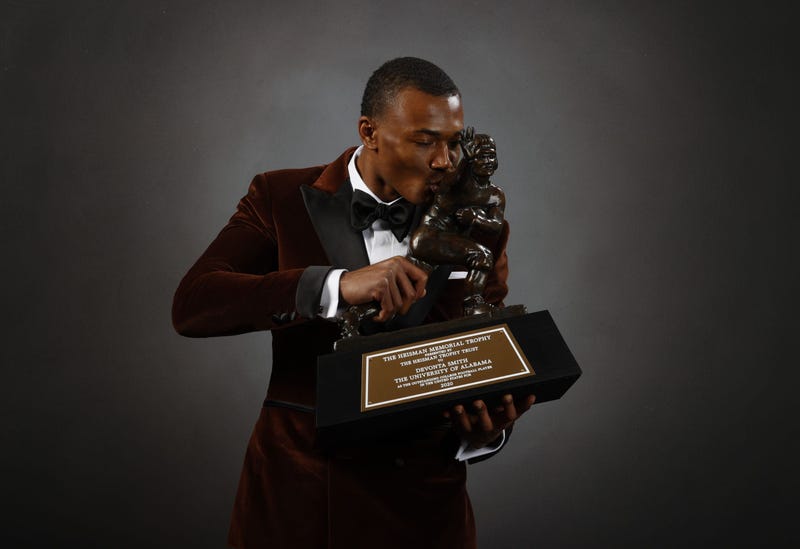 The Miami Dolphins have the third pick in the upcoming NFL Draft and that pick may have gotten even more enticing last night after seeing Alabama Wide Receiver DeVonta Smith take home the Heisman Trophy.  What a splash that would be to pair with Tua Tagovailoa who is certainly in need of some weapons.  Jim Nagy, the Executive Director of the Reese's Senior Bowl and ESPN Draft Analyst joined The Joe Rose Show on Monday morning and had a glowing review of the Heisman winner.

Nagy said, “He’s a really unique player, he’s 170 pounds soaking wet…he’s a thin guy but he’s wiry strong, he’s one of those guys you just kind of have to throw the measurables out because he is going to end up being 5’11 and change and 170 or 175 pounds but he plays like he’s 6’3 and 220.  The guy is so strong on contact, he doesn’t get muscled off the ball, such a smooth route runner, he’s just a phenomenal wide receiver…He’s going to be a great pro.