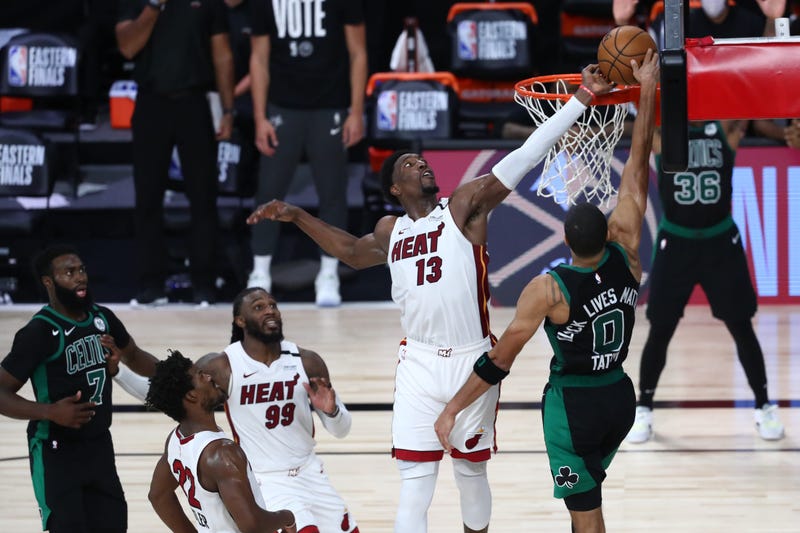 The Miami Heat’s dramatic playoff run reached a peak last night as Bam Adebayo sent back a Jason Tatum dunk attempt to seal a 117-114 overtime win for Miami.  The block is being called by many, one of the greatest defensive plays in playoff history.  Heat Color Analyst John Crotty joined The Joe Rose Show this morning and said, “What was so amazing was Tatum was up so high…he had power behind it and for Bam to make that block, he used his off-hand, his left hand…it was just an incredible play.”

While Bam continues to shine along with the Heat’s other star Jimmy Butler, the surprising play of rookie Tyler Herro has been nothing short of sensational.  Herro was an assist shy of a triple-double last night and he continues to be praised for his fearless play.  Crotty said of Herro, “As confident as he was (before the bubble) he’s at another whole level, his game has grown, his game has become even more productive and a wider range in terms of what he can do offensively.  His playmaking and passing has really come up to another whole level.”

Game 2 will be tomorrow night with the Heat looking to take a 2-0 lead in the Eastern Conference Finals.

You can listen to the full show podcast by clicking here! Today we celebrated the Heat’s game 1 win and we were joined by John Crotty, Kim Bokamper, and Charles Davis.