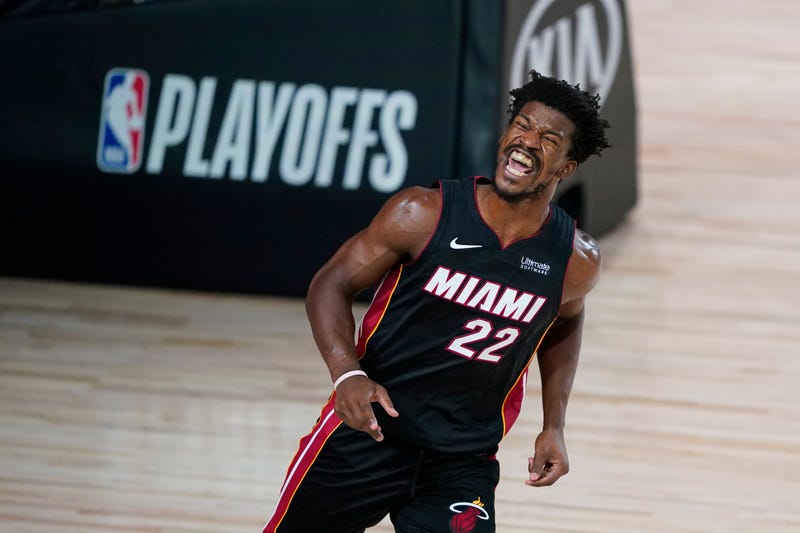 It was a crazy opening couple of days to begin the NBA Playoffs.  The Heat began what they hope could be a long run with a win over Indiana yesterday by a final of 113-101.  Goran Dragic was excellent dropping 24 points but nobody was better than the Heat’s newly acquired star Jimmy Butler.  Butler brings a grit and work ethic that has proven to be a great fit thus far for Miami.  Inside the NBA’s Kenny Smith joined The Joe Rose Show this morning after a long night on set with Barkley, Shaq, and EJ.  After 28 points and four steals from Butler yesterday, Kenny Smith was very complimentary of the Heat’s star on both ends of the floor saying, “He brings his hard hat on both ends of the floor.  At times for Jimmy, he makes a conscious decision to say tonight is the night that I’m going to be, and he decides what it is which is still a great talent, last night was I’m going to be a better scorer for this team to win.”

Kenny went on to say about the Heat team as a whole, “The one thing they have done really well is they share the ball, everyone on that team can get you 16 to 20 points.  Interior wise is where they’ve had trouble scoring and defending at times.”

The Heat will play game two tomorrow afternoon and you can listen to our whole conversation with Kenny Smith below to hear some stories of life on set with Barkley, Shaq, and EJ.

You can listen to the full show podcast by clicking here! Today we were joined by Kyle Crabbs and Kenny Smith.  Joe and Zach break down the Dolphin's second padded practice, the Heat’s win, and the two top seeds in the NBA going down.