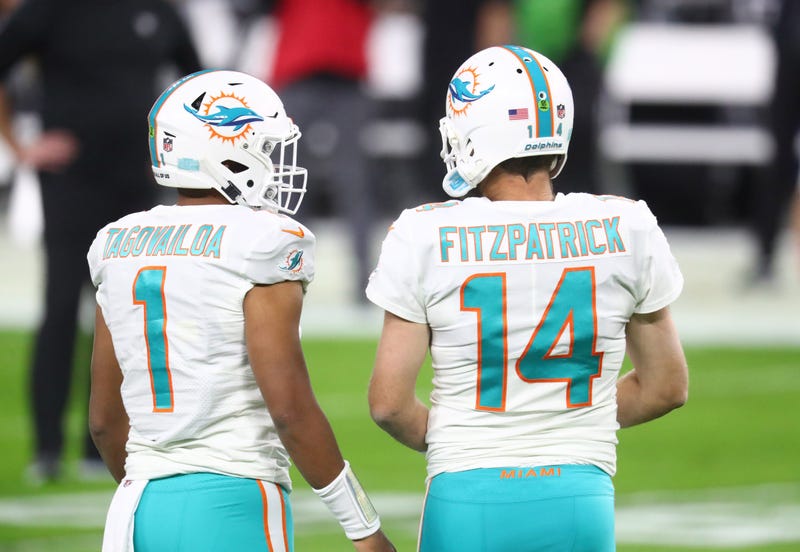 The Miami Dolphins Head Coach Brian Flores has a huge decision to make, Tua or Fitz.  Tua Tagovailoa has shown promise in his rookie season but Ryan Fitzpatrick has acted as a closer in spots this year.  Fitz had the quarter of his life when he came in late on Saturday against the Raiders.  With just 19 seconds left he threw a pass downfield which was completed while he drew a flag for nearly getting his head ripped off.  Miami is now in a win and you’re in a situation on Sunday when they take on the Buffalo Bills.  Michael Lombardi joined The Joe Rose Show on Tuesday morning and offered his thoughts on who should be the starter in this critical game and why he thinks Tua’s play has been concerning.

Lombardi said, “I would definitely start Ryan Fitzpatrick, I’m worried about Tua…you have to be a little bit concerned, he doesn’t throw the ball down the field, he doesn’t show elite skills yet and maybe they are there and I can’t see it, it’s not an elite arm or elite speed by no means…Jalen Hurts who he beat out at Alabama looks better as a young player than he does.”

Coach Flores said after the Dolphins win on Saturday that Tua was the starter but we will see if that holds as we get closer and closer to Sunday.

You can listen to the full show podcast by clicking here! Today we were joined by Michael Lombardi and Myles Gaskin.