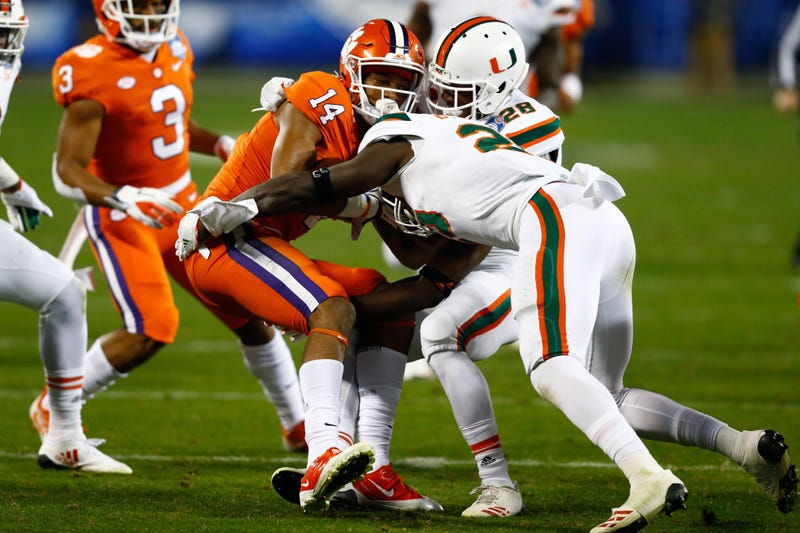 For the third straight week, the Miami Hurricanes find themselves on the biggest stage in College Football.  The Canes have passed their first two primetime tests beating Louisville and FSU but now the Hurricanes will hit the road to take on Clemson, the top team in the country.  Canes coach Manny Diaz joined The Joe Rose Show for his weekly show and said this about the primetime slot his team is in again, “It’s a great week for our team and our fanbase.  It’s important for our team to become more accustomed to playing these type games and having college gameday around the program, it’s exciting but it should hopefully become something we are in year in and year out.”

Miami will enter this week’s game off their bye week.  Coach Diaz told us last week how difficult the bye week could be during the current climate but his team has been able to stay disciplined.  Diaz said, “We did the same amount of testing, three times a week, the players get it, they understand, they have worked hard for this.  We had everybody at practice last night and had a really good practice, guys as you would imagine were high energy and high level of focus.”

The Canes will have to try and find a way to slow down Trevor Lawrence but it’s not just Lawrence who has Coach Diaz concerned.  He said, “As good as Trevor Lawrence is and he’ll probably be the first pick in the draft, Travis Etienne may be the best player in college football.”

The Canes and Tigers meet in Clemson, South Carolina at 7:30 on Saturday and the game can be heard right here on WQAM.