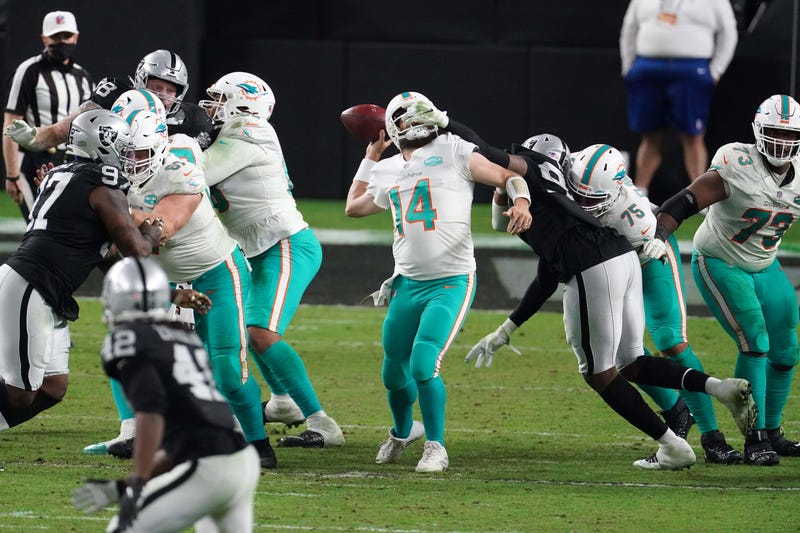 The Miami Dolphins did it again by pulling off an incredible win to keep their playoff hopes alive.  The win however came with some plot twists as Miami had to pull Tua Tagovailoa and replace him with the veteran Ryan Fitzpatrick who sparked the fourth-quarter comeback.  There was also some very interesting situational football at the end when Vegas decided to not score a touchdown and instead kill the clock and kick a field goal.  The Head Coach of the Miami Hurricanes Manny Diaz certainly took notice and used it as a teaching moment for his team.

Diaz who joined The Joe Rose Show on Monday said he showed the end sequence of the Dolphins game to his team and used it as a teaching moment.  As far as what he would do in that spot, Diaz said, “Luckily we have data that actually walks you through all of that to make that decision not emotional.  What we pointed out was a simple error because no what side you are going to go on you have to go full into that side.  The play where Jacobs goes down to the one and slides they snapped the ball with 12 seconds on the play clock…we are just trying to make our players aware of little situational things.”

The Canes will be in Orlando tomorrow to take on Oklahoma State in the Cheez-It Bowl.  Kick-off is at 5:30 and the game can be heard here on WQAM.

music
Vote on the 'Top 7 @ 7' songs with Rob + Holly
news
Why do many Americans have trouble believing race plays a role in health disparities?
music
15 songs we need The Weeknd to perform at the Super Bowl Halftime Show
music
Ana de Armas spent 9 months perfecting Marilyn Monroe's voice for new film: 'My brain was fried'
music
'America's Most Wanted' returns to Fox with new host
music
RADIO.COM's Country Hit Pick of the Week: Jimmie Allen with Brad Paisley 'Freedom Was A Highway'