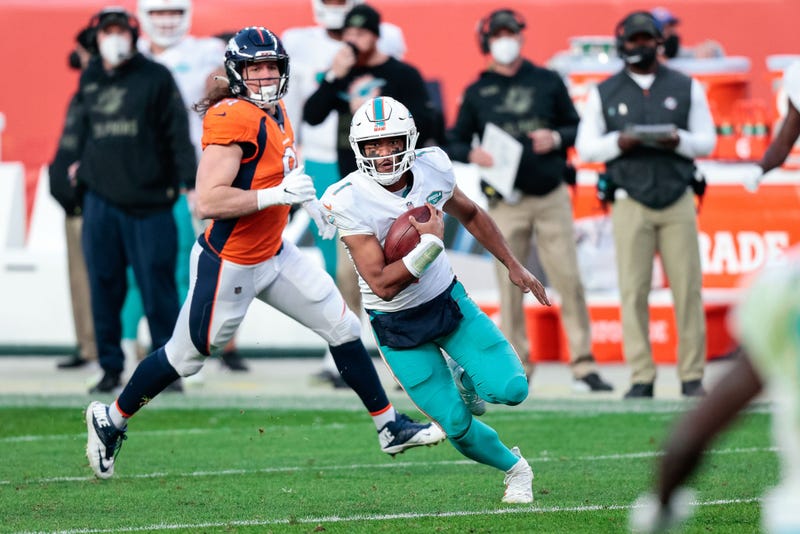 The Tua Tagovailoa benching on Sunday has created headlines over the past 48 hours.  Former NFL Front Office Executive Michael Lombardi joined The Joe Rose Show on Tuesday morning and was the latest to have his thoughts on the controversy.  Lombardi didn’t put it all on Tua though saying, “That wasn’t all about just Tua not playing well, this was about the team not playing well and I thought at the end of the game, Flores' only chance was to throw the ball outside the numbers and down the middle of the field and I’m sure he thought Fitzmagic could do that for him and he did until he threw the interception."

The most important aspect of this will be how does Tua bounceback after being benched.  Coach Flores has said clearly that he is the starter moving forward.  Lombardi thinks it’s important not to baby the rookie.  He said, “The guys got to perform, you cant baby him, we aren’t at Alabama and you aren’t playing Vanderbilt this week, not every throw is going to be wide open…you got to make plays and you’re held accountable like everyone else on this team.”

Tua will get his shot to bounce back on Sunday when the Dolphins head to New York to take on the winless Jets.

You can listen to the full show podcast by clicking here! Today we hear from Brian Flores on Tua and Goran Dragic on his decision to return to the Heat.