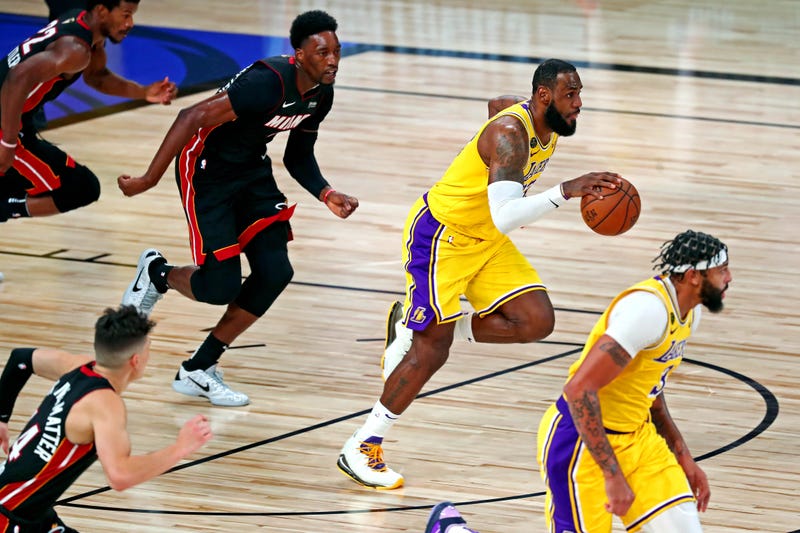 The Heat had a very rough start to the Finals falling 116-98.  The Heat also saw Goran Dragic and Bam Adebayo exit early with injuries.  While the Heat started fast, it was Anthony Davis and LeBron who led the veteran Lakers to the blowout win.  Raja Bell joined The Joe Rose Show this morning and spoke about AD and said “he might be the biggest mismatch in the NBA.”  Raja said about the defensive approach moving forward, “I would pick one probably AD and just double him and I would live with LeBron shooting jump shots if you can bait him into it.”

So can the Heat get back into this series?  Raja said, “It’s tough, I want to be fair to the Heat because they are a tough team by nature it’s what they train to be, it’s the culture they preach…nothing in your DNA suggests you aren’t going to fight, I fully expect the Heat to be game…problem is if you don’t have the bullets you aren’t going to hit the target.”

Game 2 is set for tomorrow night from the Orlando Bubble

You can listen to the full show podcast by clicking here! Today we were joined by Craig Mish and Raja Bell as we broke down both the Marlins and Heat game 1’s .