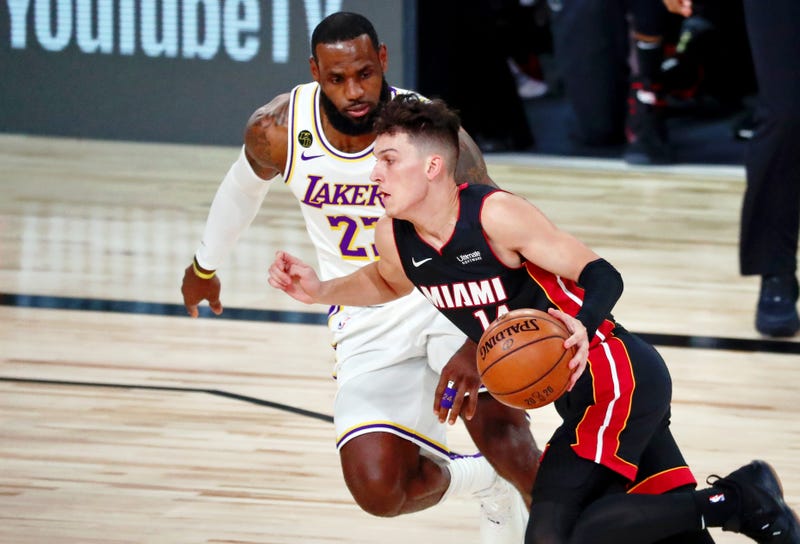 The Miami Heat will look to tie up the NBA Finals tonight when they meet the Lakers for Game 4.  Jimmy Butler’s 40 point triple-double was one of the best Heat playoff performances of all time.  Former Heat Coach Ron Rothstein joined The Joe Rose Show on Tuesday morning and had this to say about Jimmy’s game 3 heroics, “Spectacular right up near the top, he totally dominated the game, not just on the offensive end but on the defensive end…he’s like a free safety when he’s off the ball…just a masterful game.”

Coach Rothstein has had some interesting player comparisons over his past few interviews with us.  The time before he compared Jimmy Butler’s winning mentality to Bill Laimbeer as the two players he’s been around that wanted to win the most.  The Heat’s 20-year-old rookie Tyler Herro has garnered a ton of well-deserved praise through these playoffs.  Coach Rothstein offered this comparison, “He does seem to be special, you don’t see this in a 20-year-old.  I’m not making a comparison but the last 20-year old I saw play with this kind of confidence played for the Lakers back in the ’80s if you know who I mean…and I’m not trying to say he’s Magic Johnson but to play with this level of confidence and the ability to go ahead and make plays, I haven’t seen this in a long time, it’s highly unusual.

Game 4 is tonight with tip-off just after 9 from the Orlando Bubble.

You can listen to the full show podcast by clicking here! Today we were joined by Brady Quinn and Ron Rothstein.

news
Why do many Americans have trouble believing race plays a role in health disparities?
music
15 songs we need The Weeknd to perform at the Super Bowl Halftime Show
music
Ana de Armas spent 9 months perfecting Marilyn Monroe's voice for new film: 'My brain was fried'
music
'America's Most Wanted' returns to Fox with new host
music
RADIO.COM's Country Hit Pick of the Week: Jimmie Allen with Brad Paisley 'Freedom Was A Highway'
music
Listen to the Superstar Power Hour with Chris Young