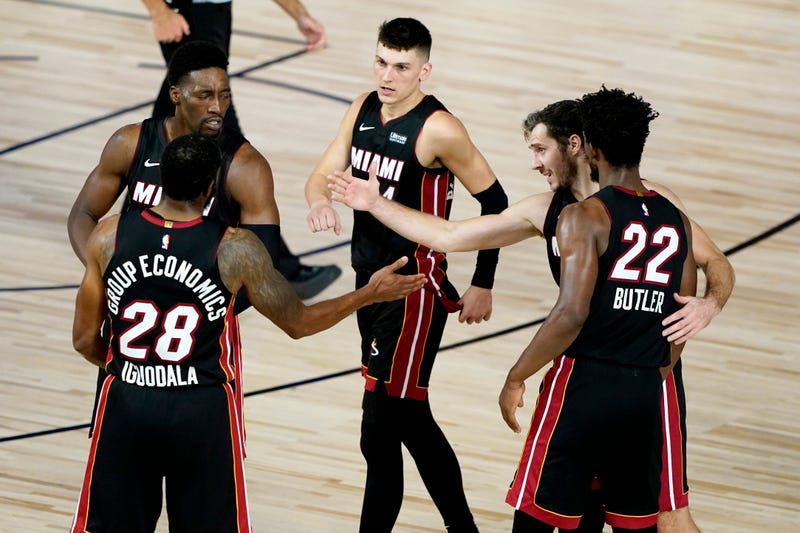 The Miami Heat put together another impressive performance Thursday, beating the Indiana Pacers in Game 2, 109-100.  Jimmy Butler was huge with 18 points, but Duncan Robinson stole the show hitting 7 of 8 from beyond the arc scoring a team-high 24.

With the Heat up 2-0, people are certainly bullish on their chances to come out of the East.  Weekly guest of The Joe Rose Show, Brian Scalabrine, said that while he loves the Heat and thinks they will beat the Bucks in Round 2, that’s where it will end for them.

“He’s the perfect star for this Heat team,” Scalabring said. He also said of the Heat’s hot shooting: “If all these guys are making shots, the Bucks are going to be on skates.”

Unfortunately, when it comes to the Eastern Conference Finals, Scal doesn’t see a way through for Miami.

“No way they can beat Toronto or Boston,” Scalabrine said.

Interesting to see who would win though in a Toronto vs. Boston series because while initially, Scal had Boston advancing, he said that he thinks Toronto will get past Boston if Gordon Hayward is unable to return from his sprained ankle.

The Heat and Pacers will meet Saturday at 3:30 for game 3 of their opening-round series.

You can listen to the full show podcast by clicking here! Today we were joined by Mike Gesicki, Brian Scalabrine, and Mike Florio.  We also broke down the Heat’s game two win and we give a Dolphin camp update.