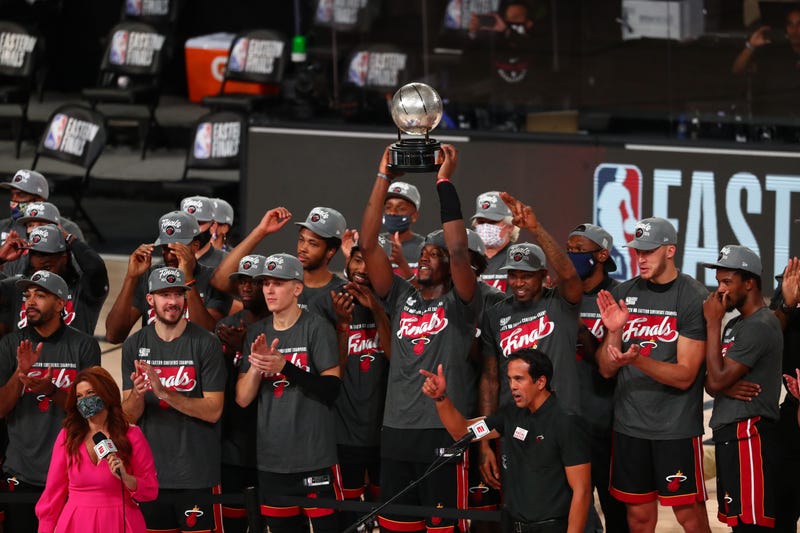 The Miami Heat will take the court tonight to try and win the franchise’s fourth NBA Title.  On the other side, LeBron James and the Lakers will be looking for LA’s 17th title.  There are tons of storylines heading into these finals off the court, but on the court, the Lakers are the heavy favorites.  Heat TV analyst John Crotty joined the show and said this about the defensive approach, “The reason we are going to see the zone more often is that LeBron and AD are the best in the league at getting to the rim, the 2-3 zone clogs the lane and prevents that.  This team is too good to play a zone the whole time and they are going to mix it up.”

Miami will obviously have their hands full on the defensive end, and on the offensive side they will have to keep pace with the Lakers who average 113.5 points per game.  Crotty said about the Heat’s attack, “This is going to need to be a multiple player attack, to me their strength is their depth.”  Miami has had multiple players step up in these playoffs including the emergence of Tyler Herro.

Can Miami keep this incredible run going to a title or will LeBron get his fourth ring?  The battle begins tonight with game 1 from the Orlando Bubble.

You can listen to the full show podcast by clicking here! Today we were joined by John Crotty and Jeff Darlington.