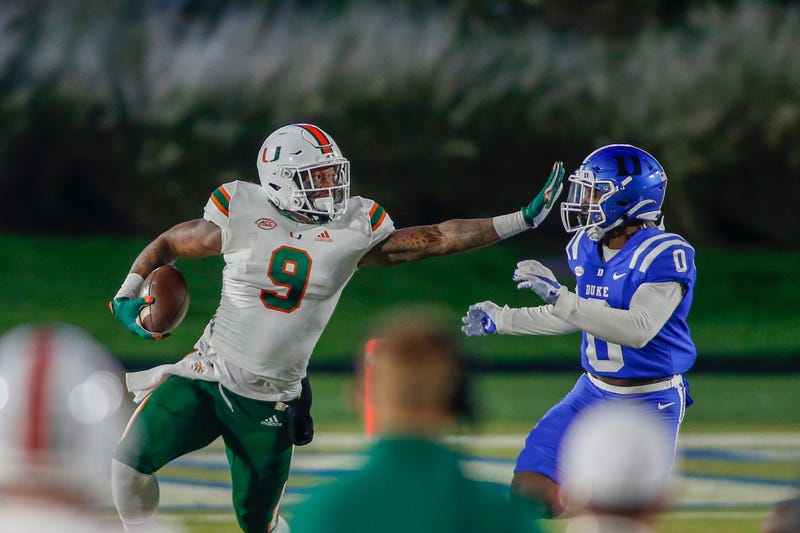 Miami has a case for the College Football Playoff.  Hollywood made the argument this morning and it gained some support with Canes fans this morning on The Joe Rose Show.  Looking at all the teams ahead of them and their resumes, Miami has as good of a case as any.  The Canes only loss this season came at the hands of Clemson who was the top-ranked team at the time.  Ohio State seems to be a shoe in with the CFP committee despite only playing five games.  The Buckeyes have also only beaten one team that has a winning record in the Indiana Hoosiers who they barely got past.  Miami has a huge chance this weekend to turn heads and get them on the radar.  North Carolina’s prolific offense will be in Miami for a 3:30 primetime showdown.  Should the Canes impress in that game then they need to get some respect from the committee.

Stadium college football reporter Matt Hayes joined The Joe Rose Show and had an interesting take on what Miami should be focused on.  Hayes said, “They are going to need a lot of help.  The better thing for Miami is if D’Eriq King somehow decides I think I’ll come back.  I will earn some money from the name and likeness rule that’s being passed in the state of Florida...then I think Miami has a much better shot of getting into the playoff.”

Miami without question would have a good shot at the playoff next season if King were to come back as Matt Hayes said, but see below for the Hollywood resume cheat sheet and ask yourself this, why doesn’t Miami belong now?

Best win 52-0 over USF and 47-40 over Clemson with no Lawrence. Allowed Clemson backup to throw for 439 yards.

Ranked wins over Army 24-10 and SMU 42-13. Had the last two games with Temple and Ranked Tulsa canceled.

The only loss to number 1 at the time Clemson 42-17. Only ranked win over Louisville. Play 17 UNC Saturday.

You can listen to the full show podcast by clicking here! Today we were joined by Matt Hayes and Brian Billick.