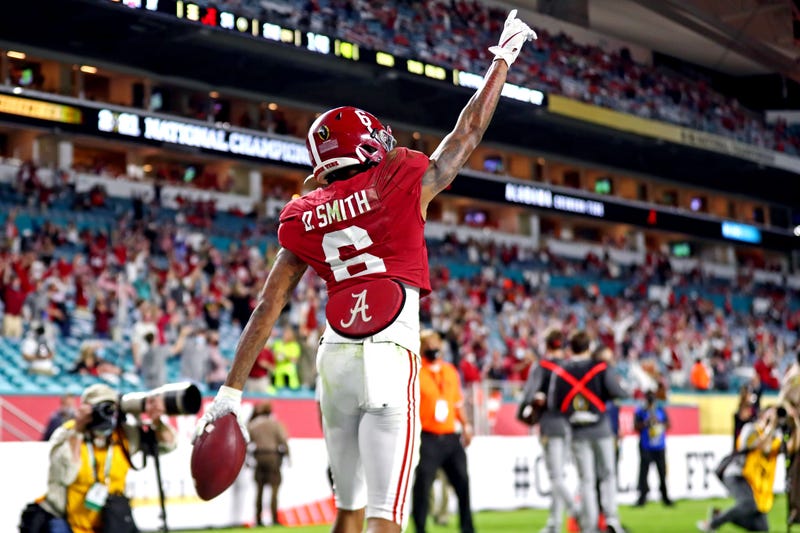 The Miami Dolphins hold the third and 18th picks in the first round of the 2021 NFL Draft.  Last night may have been a preview of what those picks can be as Alabama torched Ohio State in the National Championship game.  Heisman winner DeVonta Smith went off for 215 yards and three touchdowns while running back Najee Harris looked great as well rushing for two touchdowns.  Clearly for the Dolphins both of those Bama players would fill major holes on this team.

Joe Rose said Monday morning about what he would do with the third pick saying, “DeVonta Smith, his audition for the Dolphins up close last night at Hard Rock was all you needed to see.  His releases, his route running separation, run after catch, and ball skills are all elite.”

Rose also said this about this 18th pick, “I would be a little surprised if they took a running back with this pick especially with the success the rookies from the second and third rounds had this year.  It could be two or three different positions including linemen, linebacker, and safety.  Pass rusher is also a need, you can never have enough guys who can win one on one.”

So what would you do?  Let us know on twitter by clicking here to go to @JoeRoseShow

You can listen to the full show podcast by clicking here! Today we were joined by Kyle Crabbs and Matt Hayes.