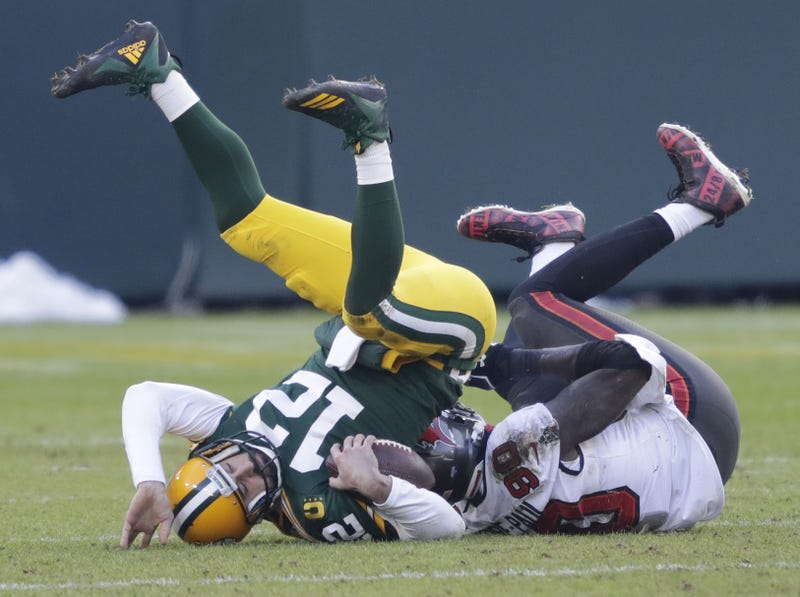 After a gut wrenching loss to Brady and the Bucs, the MVP said, "there's a lot of unknowns heading into this off-season, I'm going to have to take some time away to clear my head for sure." While Rodgers is away from his team and reminiscing about his season, it should be very fresh in his mind that his coach just failed him on the biggest stage. Instead of giving the MVP a chance to tie the game on 4th and goal, Matt LaFleur trotted out his field goal kicker and that would be the final time the Packers touched the ball as Brady ran out the clock on them.

This is hardly the first time in recent memory that the Packers have let Rodgers down. Instead of helping to put some more weapons around him in the 2020 Draft, the team decided to trade up to in the first round to select his replacement. Why would Rodgers want to stay with a franchise that doesn't trust him with the game on the line and that has already spent a first round pick on his replacement?

Tom Brady left New England last off-season after spending 20 seasons with the Patriots. He left the comfortable setting he had spent his entire career in to head to Sunny Tampa Bay. The Rodgers situation is certainly different in that he would have to force a trade similar to the way Deshaun Watson is doing. If Rodgers is indeed unhappy then why wouldn't Miami be the best possible destination for him? The Dolphins have draft capital and a brilliant young coach who unlike LaFleur, actually has a backbone and plays to win games.

Rodgers should be done with The Packers franchise that has continued to fail him. Why not trade in snow covered Green Bay for the beautiful beaches of South Florida. Here's to hoping Rodgers causes a stir this off-season and he somehow ends up looking for a Brady-like ending to his Hall of Fame career.