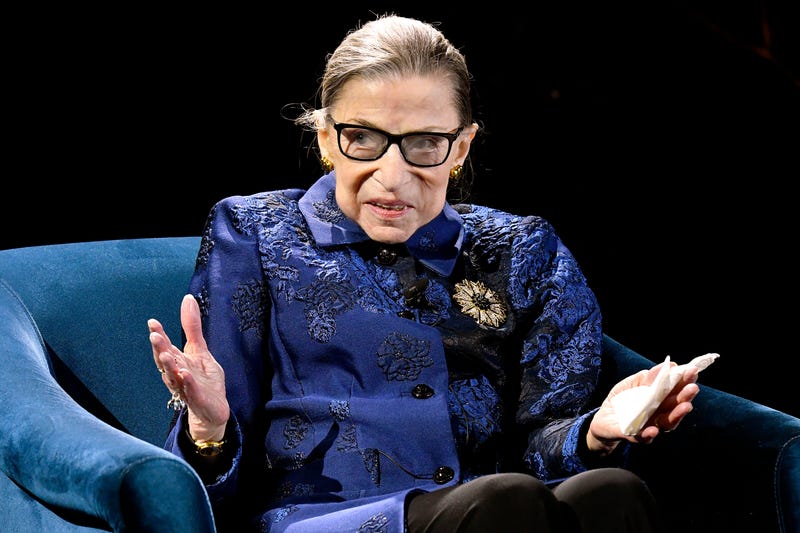 HARTFORD, Conn. (AP) — Connecticut officials are joining the nation in mourning the death of U.S. Supreme Court Justice Ruth Bader Ginsburg, while some are calling on Senate Republicans to wait to vote on her successor until after January's presidential inauguration.

Gov. Ned Lamont on Friday night ordered all U.S. and state flags in Connecticut to be flown at half-staff in honor of Ginsburg until sunset on the date of her burial, which has not been set.

“The nation mourns the unimaginable loss of Justice Ruth Bader Ginsburg — a fierce and fiery champion for fairness and equality for all,” the Democratic governor said in a statement. “A giant inspiration and pioneer for women globally, Justice Ginsburg should not just be remembered for what she stood for but what she stood against.”

Senate Majority Leader Mitch McConnell, R-Ky., has vowed to call a vote on whomever President Donald Trumps nominates, despite refusing to consider President Barack Obama's nomination of Merrick Garland months in advance of the 2016 election after the death of Justice Antonin Scalia. This year's presidential election is 45 days away.

“Ruth Bader Ginsburg changed her nation for the better,” Murphy said. “Fairness and justice, especially for those with the least access to power, were her north stars. She was a pioneer for women in the law, and a cultural icon on top of it all.”

Murphy added, “The precedent Republicans set in 2016 requires the Senate to wait to consider a nominee until a new president is sworn in. Should Republicans go forward and reverse this precedent, the Senate will never, ever be the same. It will be changed forever. I pray tonight that at least a few of my Republican colleagues understand this.”

Blumenthal called Ginsburg a “uniquely American icon” who broke barriers with courage and conviction. He also said her successor should not be chosen until after the president is sworn in in January.

“I couldn’t improve on what Mitch McConnell said after Justice Scalia’s death: The American people must have a voice in the selection of their next Supreme Court Justice,” Blumenthal said.

“Today, the world lost a force of nature, a firebrand,” DeLauro said. “Our country will never be the same. Our world has lost a giant. Justice Ginsburg changed what it meant to be a woman in America. Long before she donned judicial robes, she knew women deserved a seat at every table and fought for equality with the weight of the world on her shoulders.”

Lt. Gov. Susan Bysiewicz said Ginsburg inspired many women, including herself, to enter the legal profession.

“Justice Ruth Bader Ginsburg was a crusader, a fierce fighter for women’s rights, and a firm believer in justice for all," Bysiewicz said. “She tirelessly advocated for women’s reproductive freedoms and fought against discrimination in all its forms. She was a pioneer from the beginning and a true role model until the very end.”