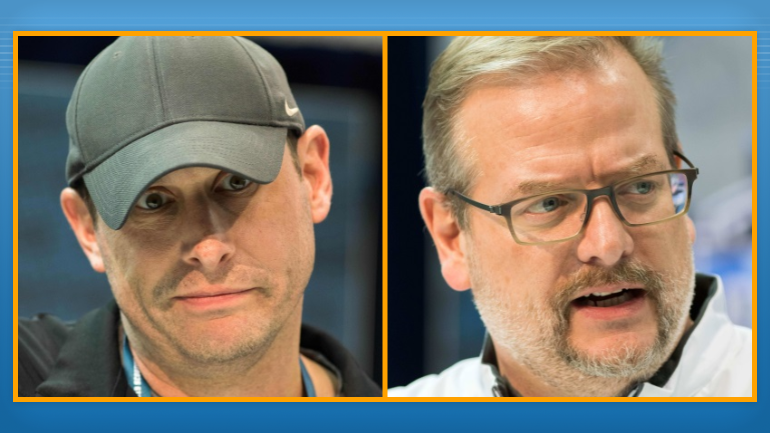 NEW YORK (AP) - Mike Maccagnan helped lead the Jets' coaching search this offseason, spent big money in free agency and oversaw the team's draft. Now, stunningly, he's out as New York's general manager. Team chairman and CEO Christopher Johnson announced the decision to fire Maccagnan in a statement posted Wednesday on the team's Twitter account. Coach Adam Gase will serve as the acting general manager in Maccagnan's place while the Jets search for a replacement.  ``This morning, I informed Mike that he was being relieved of his duties as general manager of the team, effective immediately,'' Johnson said in the statement. ``Mike helped to execute the strategic vision of the organization during the last four seasons and especially the past few months. However, I came to the decision to make a change after much thought and a careful assessment of what would be in the best long-term interests of the New York Jets.'' The timing is particularly strange because Maccagnan ran the Jets' draft less than three weeks ago, including taking defensive tackle Quinnen Williams with the No. 3 overall pick. There were some rumors, however, that there was tension between Maccagnan and Gase _ which both denied. Gase was irritated by the suggestion there were problems between the two when asked about the reports, saying last Friday: ``I don't know who decides to put that stuff out there. It kind of pisses me off a little bit. We have discussions on everything.''  ESPN reported that Brian Heimerdinger, the Jets' vice president of player personnel, was also fired as part of the team's front office shake-up. Maccagnan, who was hired as GM in 2015, was not relieved of his duties this past offseason when coach Todd Bowles was fired _ leading many to assume that Maccagnan's job was not in jeopardy. He was fully involved in the coaching search and hiring Gase to replace Bowles. Maccagnan was also active in free agency in March, spending more than $125 million to land the likes of running back Le'Veon Bell, linebacker C.J. Mosley and wide receiver Jamison Crowder. He also acquired left guard Kelechi Osemele from Oakland in a trade. The Jets also have what they believe is a franchise quarterback in place in Sam Darnold, who was the third overall pick in last year's draft after Maccagnan engineered a deal with Indianapolis to move up from the No. 6 spot. Safety Jamal Adams and defensive lineman Leonard Williams are also recent draft picks by Maccagnan who have become building blocks for the defense.  But Maccagnan's draft history since coming to New York is otherwise shaky, at best.