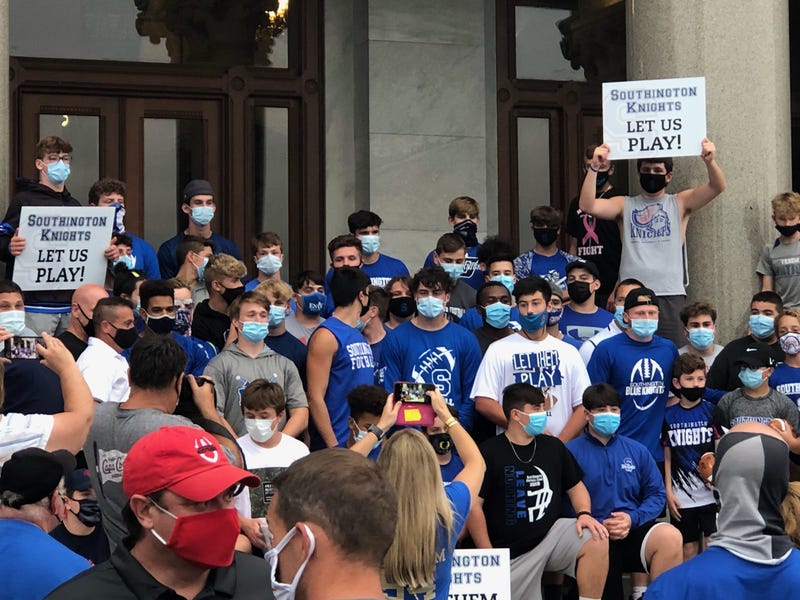 The CIAC football committee's idea would wedge football between the traditional winter and spring seasons, allowing students who play football to take part in multiple sports, without overlapping.

"What we were looking to do as far as our proposal was to eliminate as much conflict as possible with the winter and spring season," said Ledyard High School Athletics Director Jim Buonocore, "but at the same time, provide the flexibility to give the football players the true football opportunity, which is 11-on-11 tackle football."

The standard fall football season was first reduced to six regular season games, then cancelled, both based on Connecticut Department of Public Health (DPH) guidance that categorizes contact sports as "high risk" to spread the virus.

Students from across the state gathered at the Capitol earlier this month to plead for the CIAC to allow a fall season, despite DPH recommendations. The CIAC control board decided it needed to align with DPH on the issue.

Buonocore says a spring season isn't ideal, but it's something to satisfy those who've been anxious to take part in full-contact football during the 2020-21 school year:

"This type of answer meets the needs of everybody and certainly makes the best of a very bad situation."

Football condition is scheduled to start Feb. 22nd, the day after the end of the CIAC's winter state championships.