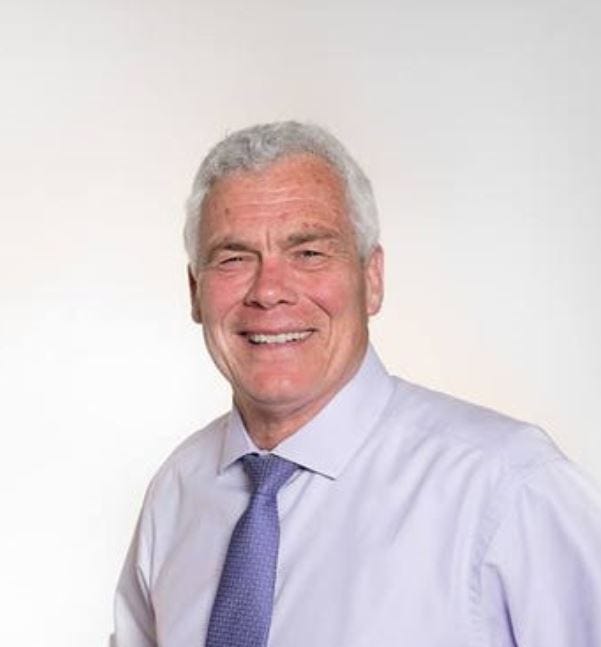 Longtime Hartford business leader and two-time candidate for governor of Connecticut Oz Griebel has died at 71, according to his family.

In a statement, the family says Griebel was jogging in Pennsylvania last week when he was struck by a car. He died of his injuries Wednesday.

Griebel ran for governor twice, including just two years ago, when he was enrolled as an independent. He finished third, winning almost 5% of the vote.

In 2010, he finished third in the Republican primary.

A Dartmouth College graduate with a Suffolk University law degree, Griebel was the founding CEO of the MetroHartford Alliance, leading the Hartford-based economic development group for 16 years (2001-17).

Gov. Ned Lamont: “Oz Griebel’s heart was with the State of Connecticut – he loved this state and the people who live in it, and he enthusiastically believed that its best days are ahead. I loved listening to his spirited energy whenever he spoke about the opportunity to make Connecticut and the Hartford region an even better place to live and work. We can all take a page from his commitment to work across the aisle and remove politics from policy. He will be missed, and I extend my deepest sympathy to his family. There is no place like Oz, and there was no one like Oz.”

Sen. Chris Murphy: "He refused to be put into a lane. He obsessed about policy and knew politics was just a means to an end. He was gracious and fun to be around. And he cared, more than almost anyone I ever met, about the future of our state and the people in it. RIP Oz Griebel."

State Sen. Len Fasano: "The news of Oz's passing is heartbreaking. He was a great man, a leader and a champion for our state. He worked hard to be part of every conversation about improving and strengthening Connecticut and making our home a better place to live for all people. He was always a gentleman, in everything he did. He truly cared about Connecticut and its people. My thoughts are with his family and loved ones. I will miss him, and I know so many others will as well. He left an impact wherever he went. This is a tremendous loss of an incredible person."

Nancy DiNardo, CT Democrats Chair: "Oz Griebel was the consummate public servant. As a business leader and as a candidate for Governor, he raised critical issues and the caliber of the debate. His passing is a huge loss for all of Connecticut. We extend our deepest sympathies to his family."

Bob Stefanowski, GOP nominee for governor, 2018: "Very sad to hear about the passing of Oz Griebel. Oz brought incredible energy and passion to each of difficult challenges he took on. He was a terrific person, worked tirelessly for our state, and will truly be missed."