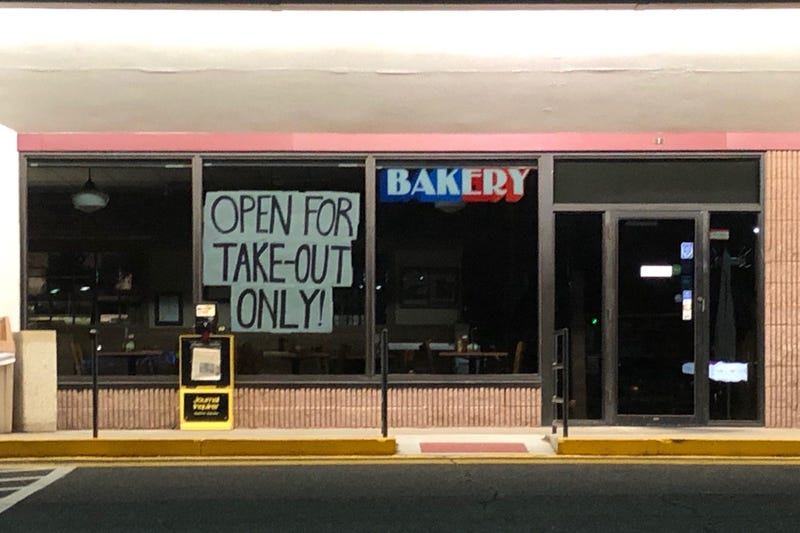 Speaking at his Tuesday news briefing, Gov. Ned Lamont floated a few dates he has in mind on the march towards a gradual easing of the state's coronavirus restrictions.

Items from the governor's briefing, and more:

--Lamont says that President Trump's hope to "reopen the economy" by May 1 is "very premature," based on the still-rising case load of highly contagious coronavirus cases.

--The governor says the first day of reckoning is May 20, which he's already set as the earliest possible reopening date for school buildings and "non-essential" businesses. "We're going to have a lot of our testing in place by then," says Lamont, "we'll have a lot more of the PPE (the protective gear), and that will give us a lot stronger indication about who and when and how people can start getting to work.

--For the first time publicly, the governor brought up July 1, the first day of the state's new fiscal year. He says, "a lot of our bridge loans, a lot of the loan forgiveness programs, a lot of the healthcare extensions and grace periods, and a lot what's coming out of the federal government, takes us through July 1." Lamont did not say specifically that July 1 may be a "reopening" date.

THE UPDATED NUMBERS FROM CT DPH

Gov. Lamont, who says the number of tests being administered is going up more slowly than he wants, due to a shortage of sample kits: "We're ready to ramp our testing in a significant way, we just gotta make sure we can get those testing kits in place."

State Republicans, led by Senate Minority Leader Len Fasano, say the governor has stopped collaborating with them on the issue.

Sen. Fasano, in a Tuesday evening phone interview with WTIC News: "When we gave him this power, and he talked to us about it, it was the idea that it was going to be a collaborative function with the legislative leaders. The governor needs to talk to us and let us know what his thoughts are and have a give and take relationship. And, he hasn't. And we are an equal branch of government."

"Now, he's talking to (six) other states (DE, MA, NJ, NY, PA, RI), in what sounds like a bureaucratic, unwieldly type of dynamic. What we're saying is, 'what's the thought process? What are the data points that you're looking at to determine to open or not open?' We began with the notion that the virus could overwhelm our healthcare system, and we have to make sure that doesn't happen. And we were all on board with that, and still are today. But, what are the data points that we're gonna look at that we can start talking about coming out of this?"

"So, we believe that he needs to talk to us more, that we need some input in this, so we can help him through this and work collaboratively."