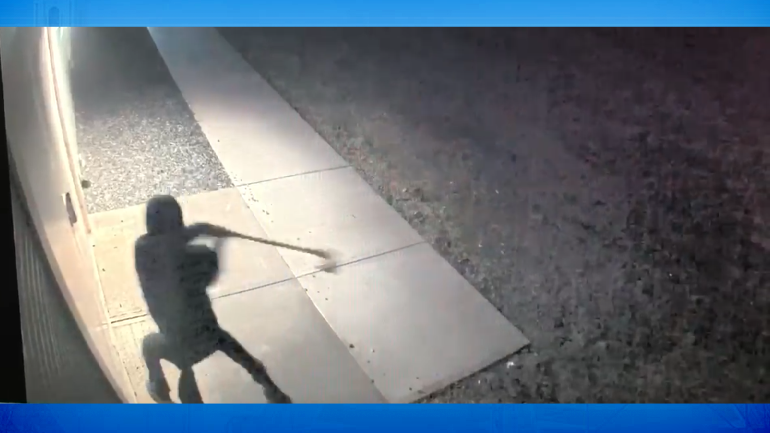 MIDDLETOWN, Conn. (WTIC Radio) - Police in Middletown are looking for a suspect they say gained entry into the Greater Middletown Military Museum on Walnut Grove Road sometime between Monday, February 10 and Tuesday, February 11.

According to police, the suspect forced entry by using an ax and then took items from the museum. Video surveillance caught the suspect using the ax while wearing a mask.

Middletown police responded to the burglar alarm on Tuesday. Police say Officer Aura Smith and K-9 Diezel conducted a track for the suspect and evidence, and located evidence of the break-in.

Officials say police have asked residents in the area to check their security cameras to see if the suspect was caught on video between February 10 at 10 p.m. until February 11 at 7 a.m.

Police ask anyone with information to contact Detective Chris Iovene at 860-638-4148.

2/11/20 break in at the Greater Middletown Military Museum on Walnut Grove Rd. The suspect gained entry taking items from the museum.https://t.co/e5STrtnzVM Live in the area and have security video?
Anyone with any information please contact Det. Chris Iovene at 860638-4148. pic.twitter.com/VGsQA4RDPY