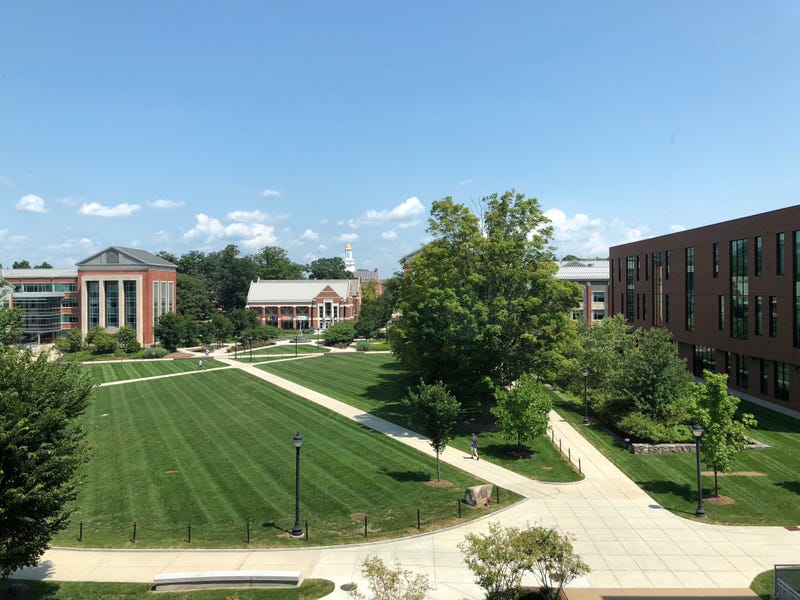 STORRS, Conn. (WTIC Radio) - The University of Connecticut has placed 93 students living in a residential hall under quarantine effective Friday at 4 p.m. following a rise of positive COVID-19 cases among residents.

Students in Belden Hall in the Alumni Quad will remain in quarantine until there is a clear decrease in transmission of the virus, university officials said in a letter to Belden Hall residents.

Residents will be tested twice weekly to track the transmission rate, according to officials. A quarantine status will be sent out on October 2.

Friday morning, the university announced that the quarantine on students living in The Oaks on the Square apartments has been lifted. Officials said the spread of COVID-19 among students in the Oaks has decreased significantly and remained stable.

"More than 60 percent of you have come to be tested, and the most recent positive cases have been close contacts of confirmed cases of COVID-19 rather than from the general population of the Oaks. This is a significant change in the patterns of the two previous weeks," officials stated in a letter sent out to students.

Officials reminded students living in The Oaks to continue taking safety precautions as they move forward out of quarantine.

Last week, the university placed students living in Eddy Hall under quarantine. Though the students remain in quarantine, officials said the spread of COVID-19 has decreased in the residential hall, with no new cases in the past three days.

According to officials, 80 percent of Eddy Hall residents have been tested, and the results have shown that the trend is beginning to improve.

A total of 186 students who were tested and treated for COVID-19 have recovered and left isolation, officials said.