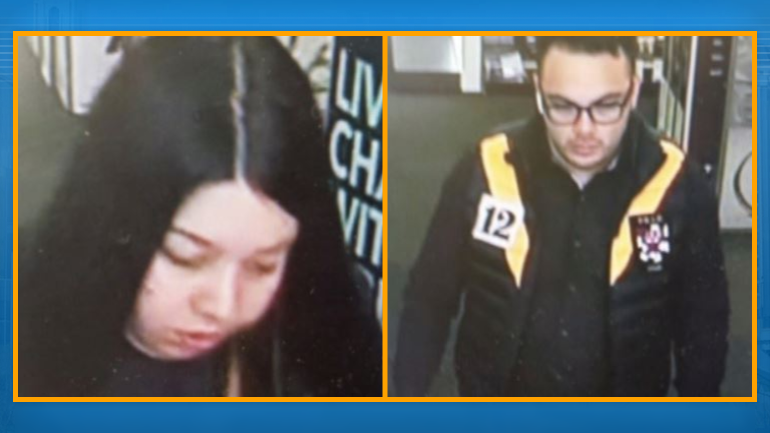 (North Haven, Conn./WTIC) - North Haven police are looking for suspects who rang up thousands of dollars worth of merchandise on a stolen credit card last month and attempted to charge thousands more.

Police say the card was reported stolen from the owner's vehicle, which had been parked at a fitness/rehabilitation center in town.

The purchases were made April 18 at a number of stores, including the New Haven Apple store, Target, and T.J. Maxx in North Haven.

Investigators also say the suspects attempted to charge an additional $10,000 in merchandise from other locations that day in North Haven and New Haven.  Those attempts were declined.

North Haven police ask anyone with any information on the thefts to contact them.