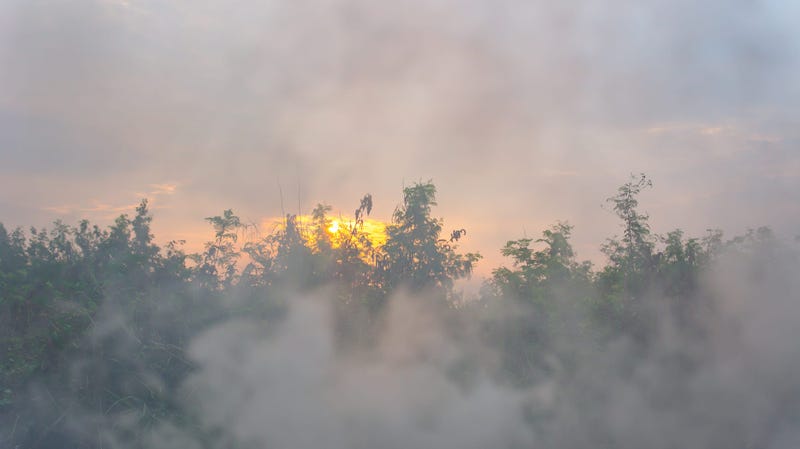 Sunny skies across New England are being dimmed by haze caused by smoke from fires burning out of control in western Canada.

The fires are on the other side of the continent but the National Weather Service says strong winds in the upper atmosphere are bringing the smoke to Maine.

Meteorologist James Brown, in Gray, Maine, said Wednesday the smoke is far aloft so there are no air quality problems in the region.

The wildfires have burned thousands of acres of land in Alberta and Saskatchewan.

Brown said the smoke will be around New England until later in the week, when the winds shift, pushing the smoke to the north.