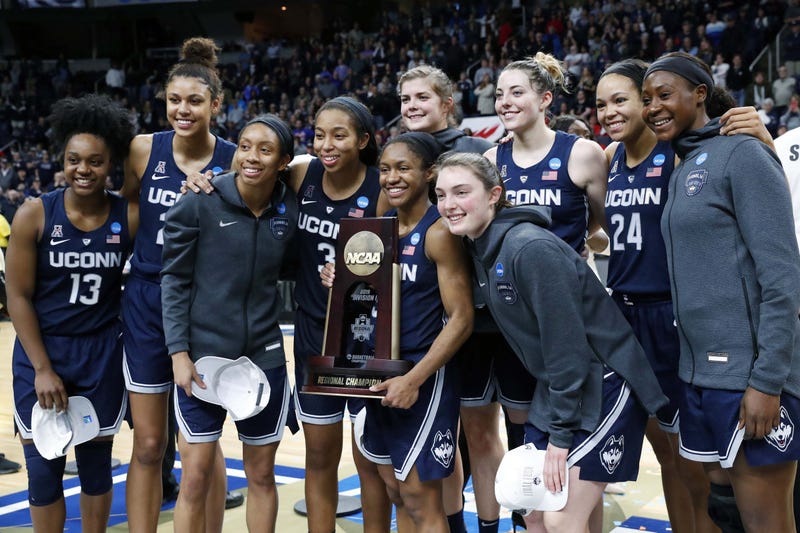 STORRS, Conn. (AP) — A rally is planned at the University of Connecticut to send the women's basketball team off to its record 12th consecutive Final Four.

The Huskies will be trying to extend another record by winning a 12th national championship, their first since 2016.

They face rival Notre Dame in the national semifinals on Friday in Tampa. The Irish beat the Huskies 91-89 in last year's Final Four on a dramatic buzzer-beater in overtime and went on to win that program's second title.

UConn and Notre Dame have played six times in the Final Four since 2011, splitting the six meetings.

This will be the Huskies 20th appearance in a Final Four, which is also more than any other program.

The rally is scheduled for noon outside the team's arena, Gampel Pavilion.