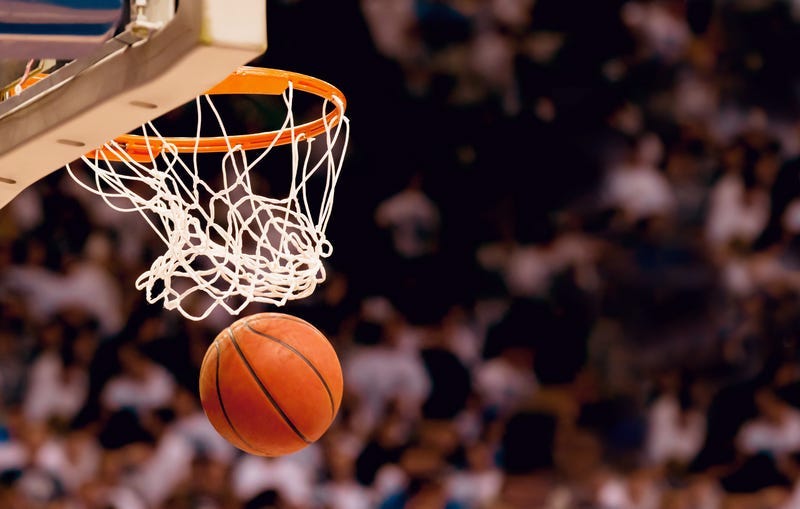 NEW YORK (AP) - Baylor, Notre Dame, Mississippi State and Louisville are the No. 1 seeds in the women's NCAA Tournament, leading a March Madness field that was revealed early thanks to a production error.

The bracket was mistakenly put out by ESPN hours before the network had scheduled its selection show. ESPN apologized and scrambled to air an early selection show to release the brackets while screenshots of the field were shared across social networks.

"In working with the NCAA to prepare for tonight's Women's Selection Special we received the bracket, similar to years past. In the midst of our preparation, the bracket was mistakenly posted on ESPNU,'' the network said in a statement.  "We deeply regret the error and extend our apology to the NCAA and the women's basketball community. We will conduct a thorough review of our process to ensure it doesn't happen in the future.''

In 2016, the men's bracket was leaked during the selection show, reverberating on Twitter and elsewhere as fans wondered if the picks were accurate.

The No. 1 Lady Bears are the top team in the Greensboro Regional while defending champion Notre Dame is the first choice in Chicago. Baylor was the overall top seed in the field and will be trying to reach the Final Four for the first time since 2012. The team has won 23 consecutive games - the longest active streak.

The Irish are looking to repeat as champions and are potentially better than the team that won the school's first championship since 2001 last season. Notre Dame returns most of its team from last year, including Final Four MVP Arike Ogunbowale, who hit game-winning shots in the semifinals and championship game. The team also added talented forward Brianna Turner, who missed last season with a knee injury.

"I definitely think with Brianna Turner we're a more talented team and we have a couple more people on the bench too,'' Notre Dame coach Muffet McGraw said.

Mississippi State is the No. 1 seed in the Portland Regional, where Oregon is the second seed. Louisville is the top choice in the Albany Regional, where No. 2 UConn potentially awaits.

"We're thrilled to have the season we've had. We played an outstanding schedule. At the end of the day, I thought we might be going to Albany as 1 or 2,'' Louisville coach Jeff Walz said. "It's really great to be a 1 seed and we know there's a lot of work in front of us.''

Walz won't coach the Cardinals' opening game against Robert Morris as he will be serving a one-game suspension for using profane language toward NCAA officials during the Final Four last year. The veteran coach said he expects to have the support of the UConn fans if his team reaches the Sweet 16 and plays in upstate New York. Maryland is the No. 3 seed in Albany and Oregon State is the 4.

"If we're fortunate to get that far I'm confident that half of the UConn fans will be wearing Louisville gear and they won't know who to cheer for,'' Walz said, laughing.

It's the first time since 2006 that the Huskies aren't a No. 1 seed. UConn will try to continue its record Final Four run, looking to advance that far for the 12th consecutive year.

Tennessee sneaked in to the field as an 11. The Lady Vols have been in every NCAA Tournament since the first one in 1982.

"We felt Tennessee and other teams in our last four in had significant wins,'' NCAA selection committee chair Rhonda Lundin Bennett said. ``That went into determining they were an at-large selection.''

On the other end of the spectrum, Abilene Christian, Bethune-Cookman and Towson all are making their first NCAA tournament appearances.

Other top seeds in Greensboro are No. 2 Iowa, No. 3 N.C. State and No. 4 South Carolina. The Gamecocks will play the first two rounds in Charlotte as the men's NCAA Tournament is being played on South Carolina's home court.

Mississippi State and Oregon will be joined by Syracuse and Miami as host teams in the Portland Regional.

The Fighting Irish will potentially play their first two games at home before only having to drive 90 minutes to Chicago for the regional. Other top teams in the Irish's region are Stanford, Iowa State and Texas A&M.

The ACC leads the way with eight teams in the field while the SEC has seven. The Pac-12 and Big Ten each have six teams.