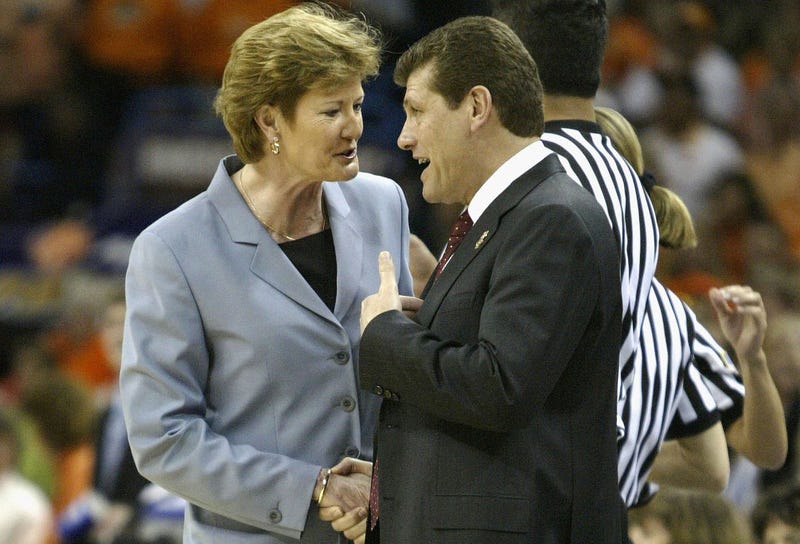 January 23, 2020 01/23/2020 1:57 am
The rivalry is back. For the first time in 13 years, what was once the premier event in women’s college basketball returns when UConn plays Tennessee at the XL Center. When the two teams first played, the Lady Vols were the best program in the country, with the Huskies trying to prove they belonged. Now the roles have reversed: Tennessee hasn’t been to a Final Four since 2008, while UConn has been to each one since that time, with six national titles.

Thursday will be the 23rd all-time meeting between the two bluebloods. Looking back at the previous 22, here are the five that standout the most:

There were better games between the two – including one later that year, to which we’ll get. But between all the Final Fours and national championships, there’s perhaps no more important game in UConn history than Martin Luther King Day at Gampel Pavilion. Undefeated and ranked second in the country, the Huskies proved their worth with a 77-66 win over the top-ranked Lady Vols on national television. For the first time ever, Connecticut was ranked number one in the nation.

UConn was undefeated heading into the Elite 8 matchup against Tennessee, who despite being the defending national champions underwent a hellish season. Injuries piled up, and they entered the NCAA Tournament at 23-10. Healthy and finding their groove, the Lady Vols led by 12 at halftime and upset the Huskies 91-81, en route to a second straight national title.

A year after arguably the greatest team of all-time won a title, Diana Taurasi carried the Huskies to a second straight championship, beating the Lady Vols in the title game 73-68. Taurasi led the way with 28 points in being named the Final Four’s Most Outstanding Player, but the off-court tensions rose even more between the rivals.

In the lead-up to the game, Geno Auriemma joked that longtime friend Harry Perretta “dumped me for the Evil Empire” by befriending Pat Summitt. Those in Knoxville didn’t find it very funny.

Beginning a stretch of Tennessee’s three straight national titles with Tamika Catchings, Chamique Holdsclaw and Semeka Randall, the Lady Vols denied the Huskies a shot at back-to-back titles of their own. Sitting 0-3 all-time against Connecticut, Tennessee led the Huskies by three in the waning seconds of regulation in the national semifinals, before Nykesha Sales buried a three to force overtime. There, the Lady Volts won for the first time over their rival, edging the Huskies 88-83, before cruising past Georgia for the title.

The win over Tennessee earlier in the year gave the Huskies the top spot in the polls, a ranking they wouldn’t relinquish the rest of the regular season and through the NCAA Tournament. Big wins over Stanford (UConn) and Georgia (Tennessee) meant the two would duke it out in Minneapolis for the national championship.

UConn battled foul trouble in the first half, with Rebecca Lobo, Kara Wolters and Jennifer Rizzotti all with at least two personals, but they only trailed by six at halftime. Playing catchup all second half, Jamelle Elliott tied the game with two minutes left, then Rizzotti grabbed a rebound on one end, went coast-to-coast, crossed over a defender and laid it in for a 63-61 lead that UConn wouldn’t again give up. The Huskies won 70-64 and, for the first time ever, were crowned national champions.